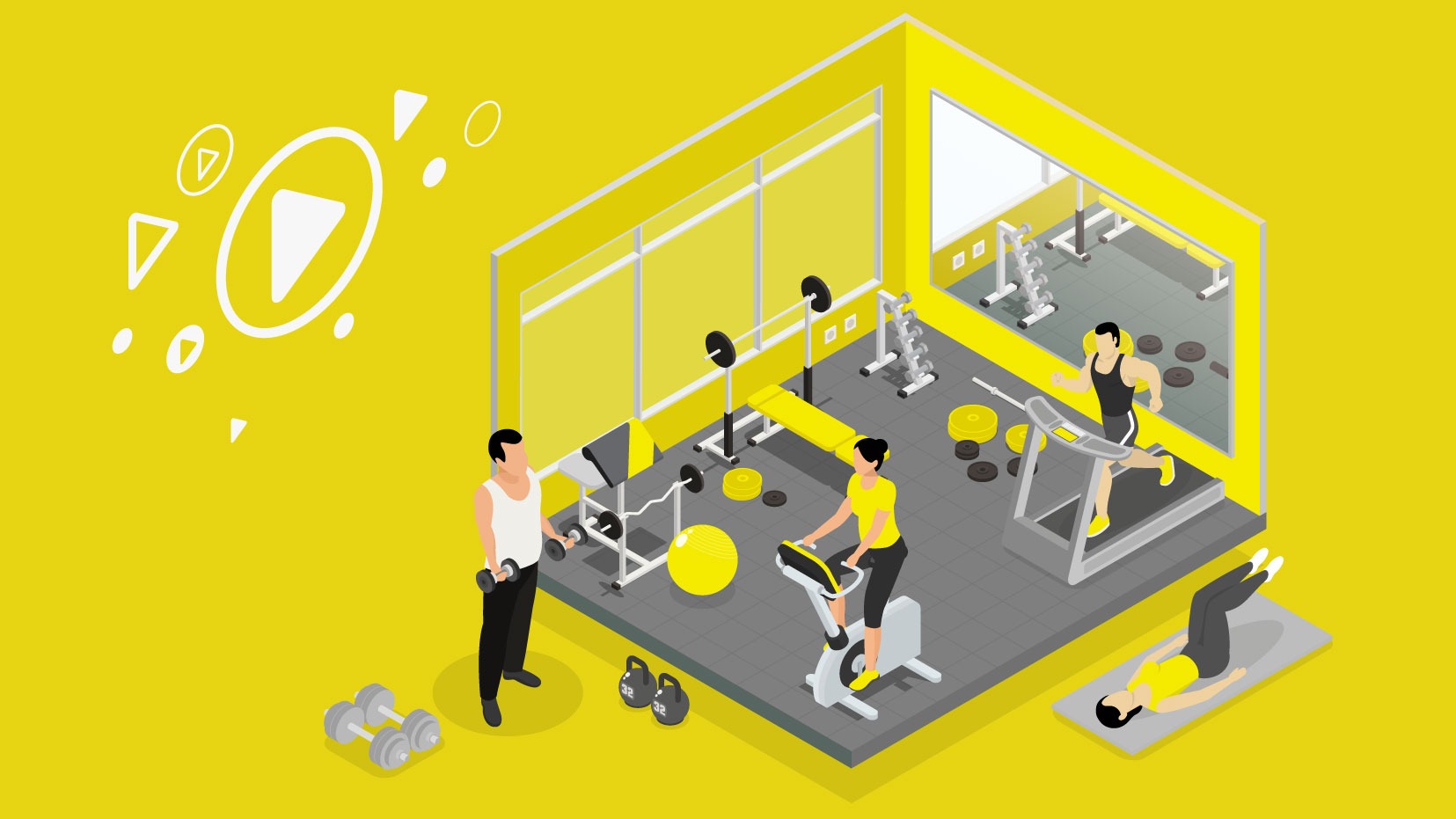 I’m never quite sure what to call this space: sporting equipment? Sporting gear? Sporting goods? “A rose by any other name would smell as sweet,” Shakespeare and Lisa say, to whom Bart uttered the classic response, “Not if you called them stench blossoms.” But you know the space I mean: the companies that make and sell baseball gloves, golf sticks, surf boards, and the supplies you need to play your favorite sports.

Whichever name we choose for this industry – I think I’ll stick with “sporting gear” mostly – an interesting question is open: what ecommerce platforms do the top sporting gear (and equipment and supplies) brands use for their ecommerce sites?

We did an analysis of precisely that question and before jumping into the response, I want to add: over the next few months, we’ll be doing similar analyses for sub-markets within this space (fishing supplies, golf supplies, etc) so stay tuned. But for now, we’re doing the broader sporting industry overall.

Before looking at what’s interesting and surprising in the data, here is the raw data. Here are the main sporting equipment brands and what platform they’re using:

And here is the summary, by platform:

The reasons why it’s the leader in the space are classic: they give you intense high-end functionality that lower-end ecommerce platforms like Shopify can only dream of. From complex legacy integrations, to multi-jurisdictional legal requirements to complex workflows (anyone need to upload documentation for approval before purchase? Is hunting considered a sport?) to built-in multivariate testing to full integration with all your marketing, Salesforce Commerce Cloud wins hands down.

What’s more surprising is the very strong showing that Magento makes, at the number two spot, tailing only slightly, with 10 of the top 38 using Magento. Many recent analyses we’ve done have seen Magento using 1 of the top 40, and regularly up to 5 of the top 40. But 10 of the top 38? That’s not just strong, but that’s among the strongest proportions we’ve seen.

Why? There are two likely explanations.

One is that the sporting equipment/gear/supplies space really came online in full-force (more than simple, token, often brochure sites) in the late 2000s – the era that was the heyday of Magento. And replatforming is such a pain in the tushy that they may have done an occasional (painful!) upgrade but they never replatformed.

The second theory is that the sporting goods space depends unusually on having strong content to accompany the retail side. And Magento – now owned by Adobe – has been prioritizing integrating Magento with its sophisticated content management platform, AEM (Adobe Experience Manager). Perhaps lots of brands making baseball gear want to create virtual experiences where you can try your hand at throwing the ball online? I wonder how that would work but that would indeed be an “Experience“!

Additionally, there were a few surprising surprises (ha! As compared to an unsurprising surprise? I wonder what that would be about?) in terms of which companies chose which platform. Surprises are always fun so let’s look at them.

The first surprise was Mizuno – the Japanese giant! The Godzilla on top of the Empire State Building… uses AbleCommerce. AbleCommerce? The Asp.Net platform that had a brief glitter of fame something like 20 years ago?

How could that possibly even be? A few possible reasons:

One is that edge cases and the long tail really do exist. There will always be someone that will have some forgotten version of something.

A second explanation could be that, well, it is their store in Japan that matters. And their Japanese store perhaps uses a different platform? Maybe we are seeing an American brochure version – as are all the platforms we use to identify what the underlying platform actually is. When the webtools are all geolocated to the US, and the US has a simple site but Japan a complex one… you might get inaccurate results.

Broader lesson: always question the data source! “Garbage in, garbage out” as software developers are fond of saying.

A third surprise is: how come all the surf companies seem to only use Salesforce Commerce Cloud? I’m looking at you, Quiksilver and Billabong, for example. Small enough data to be random, but large enough to be funny!

A fourth surprise is that DICK’S uses Oracle Commerce and HCL Commerce. HCL, which is the new name for IBM’s classic Websphere server and platform – ostensibly an independent company and platform now – is usually paired with a newer, more modern platform, such as when a large site is in the process of slowly transitioning from one to the other. But one old-school platform paired with another old-school platform?

The most common situation when two old-time ecommerce platforms are used in conjunction is when they serve different subsites or different domains or purposes. This often happens through an acquisition. Platform integrations are hard; often, one company inherits via an acquisition or merger another platform and a decade later…. still has it.

A fifth surprise is that Ridell uses SAP Commerce Cloud. SAP, as the IBM of Europe, is primarily used by old-time, legacy European players. Ridell has been around forever but it is basically as American as it gets: based in Illinois, making football helmets. It’s only more American if they were to also make American flags!

A reasonable guess as to why Ridell would use SAP Commerce is due to what software developers call “path dependence,” which is basically: you are where you are now because of the previous choices you made. Around 30 years ago, SAP was trying hard to get into Middle America big businesses and my guess is they got a back-end contract to manage Ridell’s internal systems and decades later… it’s just hard – very hard – for a company like Ridell to extricate themselves from these. We all wish some decisions were made differently; but Ridell has to pay greatly for it.

Contrast this to another company on the list, Speedo. Speedo also uses HCL Commerce, formerly IBM’s Websphere. And Speedo, as an American classic with a huge internal management system… well, it makes sense that 40 years ago they got an internal management contract with IBM and are now still on their platform today!

A sixth surprising entry is Battle Sports using BigCommerce. While I didn’t expect to see BigCommerce on the list (unless as an example of the long-tail, like with Mizuno), it actually does make sense: they’re newer and smaller than most of the other players on the list. (“Players” sports pun intended!) As a result, to be competitive and try to win more, they are risking it with a less battle-tested (“battle” pun on purpose, too!) platform, but one that positions itself as being more modern and gives them greater front-end flexibility for creative user experiences (but at the cost of higher dev costs.)

In conclusion: there are lots of ecommerce platforms out there. (We didn’t even get to Shopify, which has four of the 38, but these 4 will probably need a more serious platform any moment now, especially if they keep growing!) Lots of options, and every option has its ups and its downs. If you want to do a brainstorm on which platform is right for you, just drop me a line and I’m happy to talk: mfriedman@unitedvirtualities.com 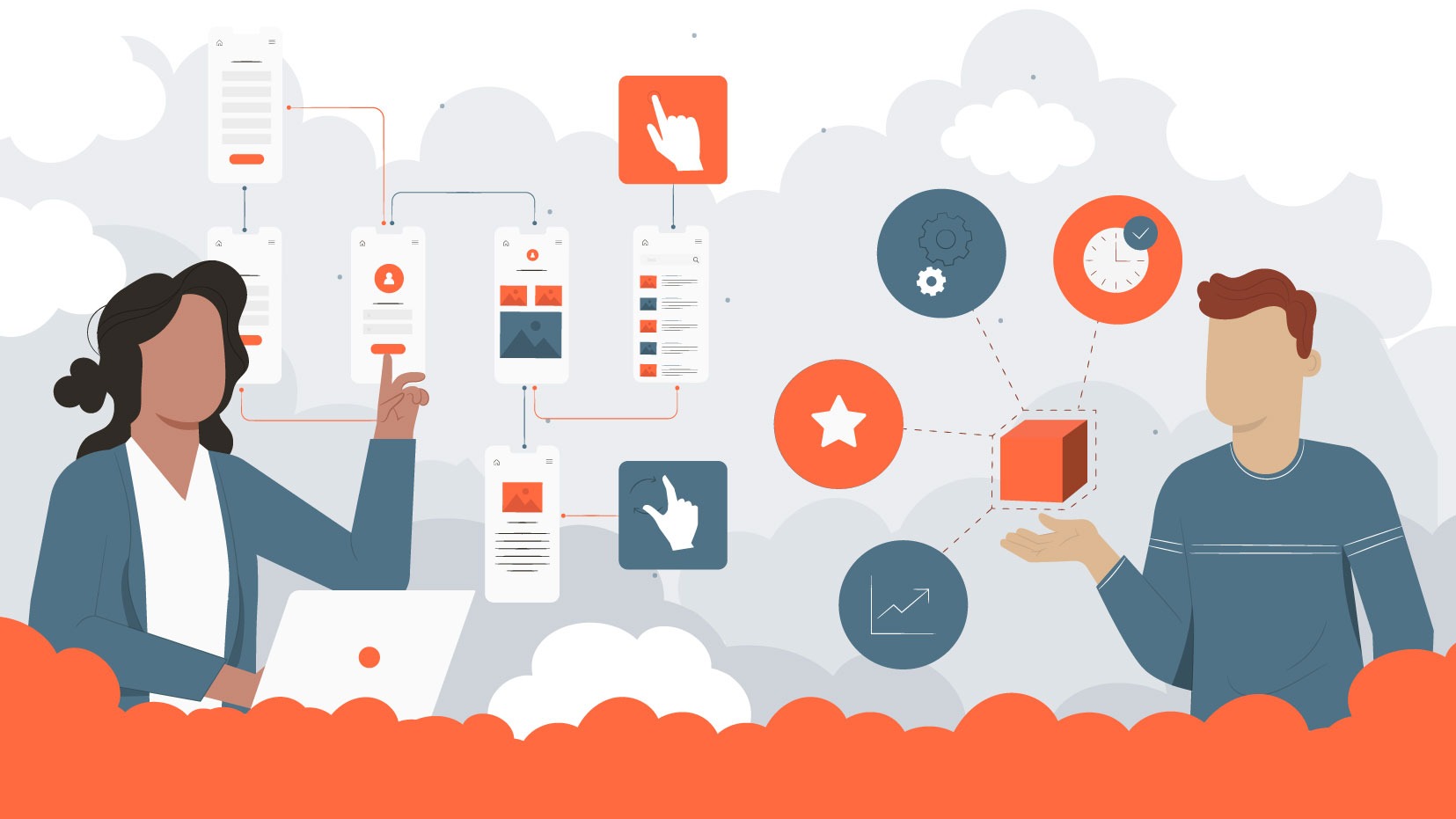 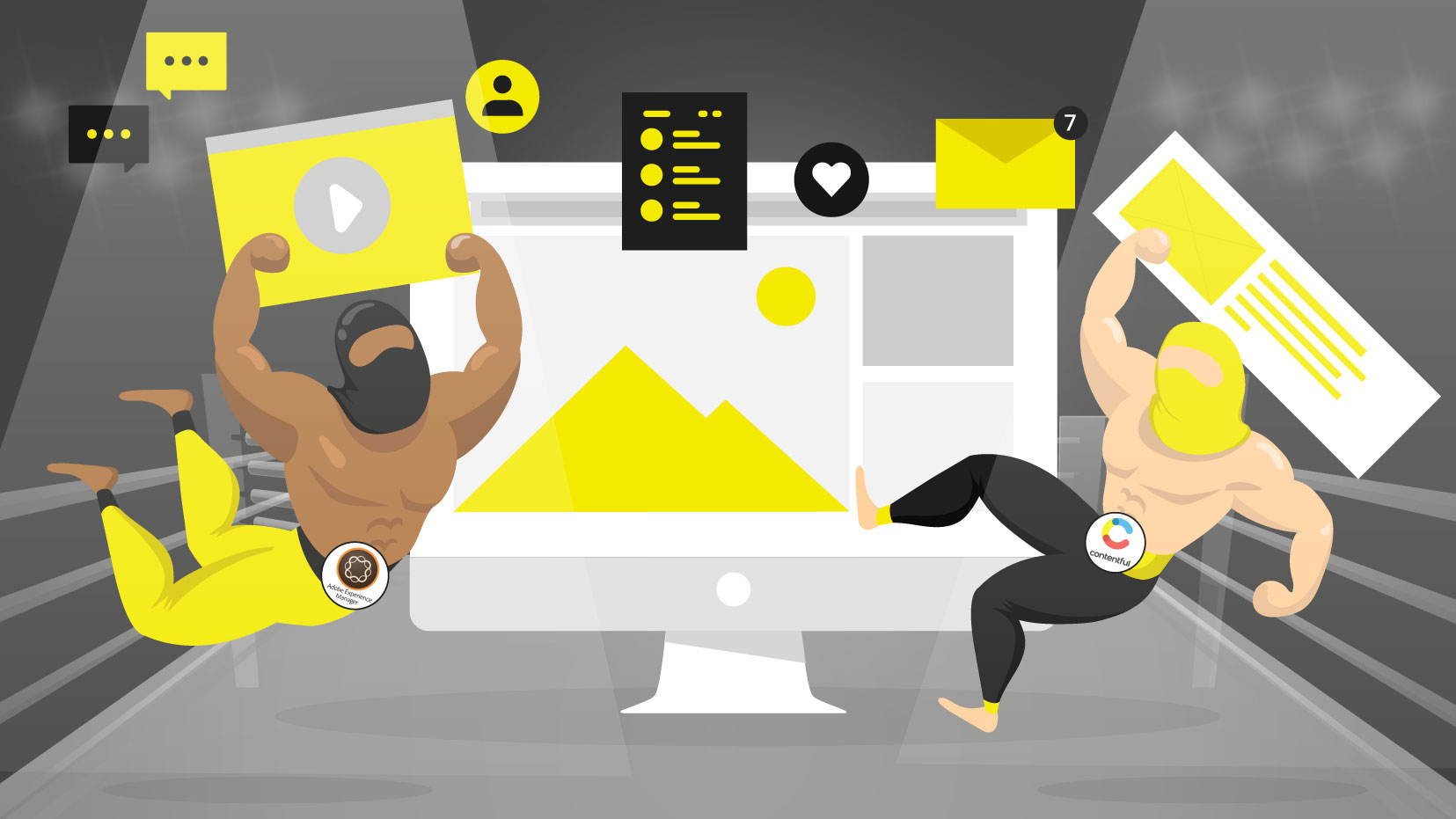 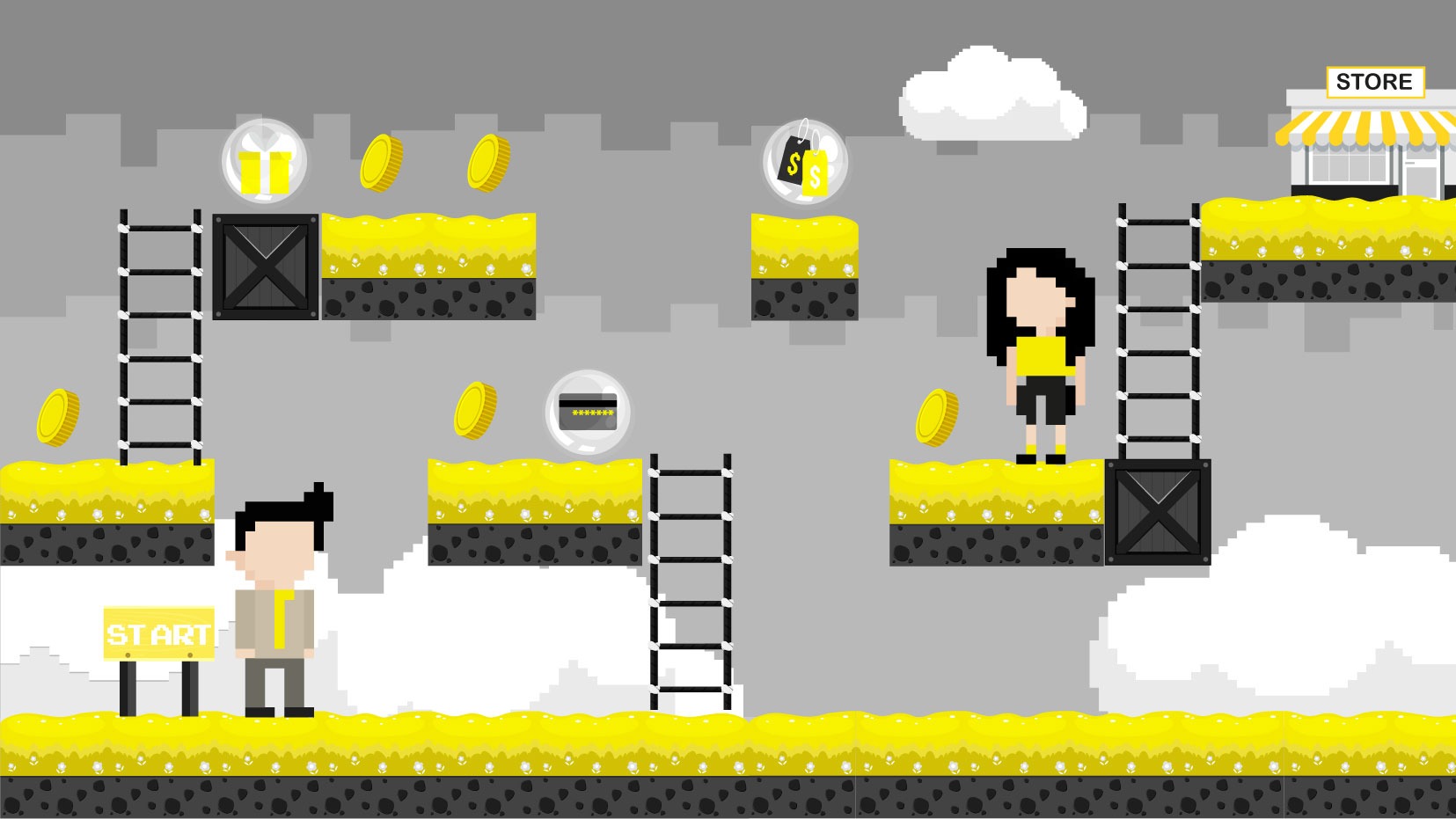 Boost loyalty and engagement with gamification. Here’s how to construct creativity with the SF Commerce Cloud...