Looking at a broad spectrum of the top electronics companies – from Apple and Bose and GoPro to RadioShack and Sprint – we’ve assembled an overview of what ecommerce platforms The Big Boys and Girls are using, and what interesting insights we can derive from that.

Let’s jump in and see!

First, let’s look at the raw data. Here are 30 of the major electronics and electronics accessories brands, and which ecommerce platform they’re using:

And here is a summary of the platforms they’re using:

There is lots that is surprising about this data. The first surprising point is that – we’ve done dozens of other analyses of different retail market spaces, and what ecommerce platforms the top brands use – this is the first marketplace where Salesforce Commerce Cloud did not come out on top. Of all the retail ecommerce marketplaces we’ve examined, about 50%, on average, of the top brands are using Salesforce Commerce Cloud, sometimes going up to even 80%.

Here is what is overwhelmingly likely the explanation. Here, let me tell you an “open secret”: building your own ecommerce platform yourself, from scratch, actually isn’t that hard… if you already have access to awesome tech talent. Said differently, the hardest part about actually building an ecommerce platform is finding the right team. (It’s quick and easy to find the wrong team!)

And guess the one and only category of companies that will have ready access to seemingly endless quality software developers, already on their staff? Electronics companies, of course!

Let me say it differently. Let’s say you’re a normie company and want to set up an ecommerce site. If you did it from scratch, you need to deal with an endless headache of tech problems: find your own servers or server farms to host it? Hire sysadmins to run these servers – oops, I mean, hire a “devops” team to run them. Think about non-obvious challenges (you do have a cold storage backup strategy in place, right?). And so forth, and so forth. Just endless, complex details and you don’t even know the right questions to ask. But if you’re, say a tech company: you already have those servers. You already have sysadmins… oops again… “devops” guys and girls. You already have a cold storage backup strategy. And so forth. You’ve already won half the battle!

There’s a second reason why this category is unique and full of custom software builds: because, as the software developers say, “path dependence” matters. Around 20 years ago, when ecommerce was just booting up, what was the first industry to build the first generation of ecommerce sites? Of course the electronics industry. Almost tautologically! As an example, I remember a book I once read on the founding of eBay in that era, and how they explicitly targeted used computer parts. It was tech nerds of that era who were the “early adopters,” willing to first buy things online. So these were the very companies that pioneered with online ecommerce.

But here’s the thing about being a pioneer: it often gets you stuck in an old system. Replatforming is long, hard, expensive, and very high risk, no matter how you put it. As such, most companies do it only when absolutely necessary, and it is usually rarely “necessary.” Think of building your ecommerce platform like building your own house: you’ll build yourself the perfect house at the perfect cost – well, at least that manages all the trade-offs in the way you think is best.

But perhaps in 9 years, you’ll perhaps have adopted 11 kids from [insert the name of a faraway, poor country] and your perfect house will just be too small. Or perhaps you built your house in the pre-cell phone era, and now that it’s all mobile all the time, it’s too painful that you built your house in a spot with zero cell phone reception, so you have to move your house. And so forth. For someone just building their first house, they’ll know to build it somewhere with good cell phone reception; but you have a big legacy house to deal with first. “Oy vey iz mir,” as my Grandma used to say (and I had to Google to find out if that phrase existed and how to spell it; I had remembered it, in her old-time New York Jewish accent as “Oy vey is mia.”)

A second surprising fact is that two brands, Motorola and Sony, run the VTEX ecommerce platform. The company VTEX was just in the news the other day for raising a monster round of $225 million, and highlighting their ecommerce platform’s use by not just Motorola, but Coca-Cola, AB Inbev, Walmart, Whirlpool, Nestle, and many more.

So, I’m fond of pointing out that traditionally, Salesforce Commerce Cloud has been the platform of choice for billion-dollar and hundred-million dollar ecommerce stores. But VTEX? They’re the ecommerce platform for the ten-billion dollar companies! The biggest of the biggest. As huge as a household brand such as, say, Converse is, they can’t hold a candle to, well, Coca-Cola and Nestle.

One of the most interesting parts of the VTEX value proposition is their “no upgrades” promise. Here’s a second dirty secret of ecommerce platforms, even in the cloud: you have to replatform every few years, even on the same platform. Salesforce Commerce Cloud launched SFRA. Magento went from 2 to 3. And so forth. Staying with one vendor doesn’t solve the replatforming pain. But VTEX? They put front and center their commitment to never forcing you to.

Is that more marketing than reality? Most likely they have “strongly encouraged” upgrades so you can take advantage of advanced functionality. Just like Google Analytics: every 5 years they have new tags that you need to implement to use some latest and greatest tracking features… but the 20-year-old tags still work (or at least all post-Urchin tags.)

Otherwise, the list looks fairly standard. Other than lots of homegrown software, Salesforce Commerce Cloud dominates the list strongly, used by companies like Sonos, Panasonic, and GoPro. A few other platforms we sometimes see in use show up as well, like HCL Commerce, Atlassian Cloud, Oracle Commerce and SAP Commerce Cloud.

It is surprising that two of the top 30 electronics ecommerce companies are using Drupal. On the one hand, it does reinforce how old-time this industry is; on the other hand, you would have thought that the electronics industry would have moved past Drupal! (Roku at least uses it in conjunction with Atlassian Cloud.) Also not surprising is the fact that Magento is not on the list at all; realizing that made me smile, that the tech companies still have as strong an aversion as ever to Magento (perhaps because, like WordPress, with their free, open source origins, they’re a bit too plebeian for the tech elites.)

In conclusion, lots of platforms are used by lots of electronics companies, with a heavy emphasis on building their own. But you know what I’ve spent my career doing? Working with tech clients and tech teams to figure out the right ecommerce platform for their marketing and growth needs. Want to dive in to see which platform may make sense for you? I’m happy to talk, just email me at mfriedman@unitedvirtualities.com. And once you figure out which platform you need, you know who is awesome at implementing Salesforce Commerce Cloud and more generally, complex ecommerce cases? You got it: ArganoUV.

What are the best food and drink brands powering their websites with? 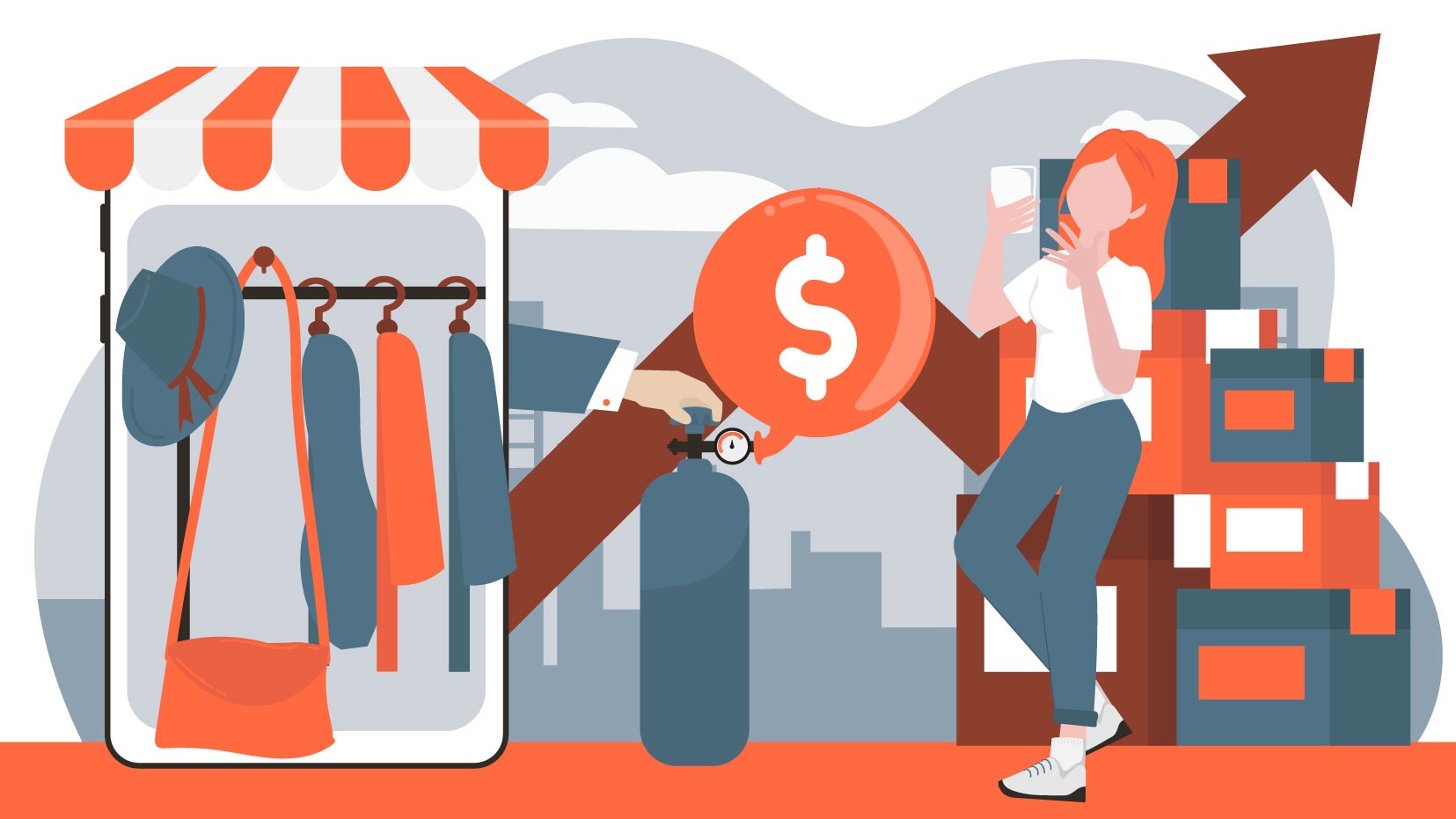 Why are ecommerce sales continuing to go up? 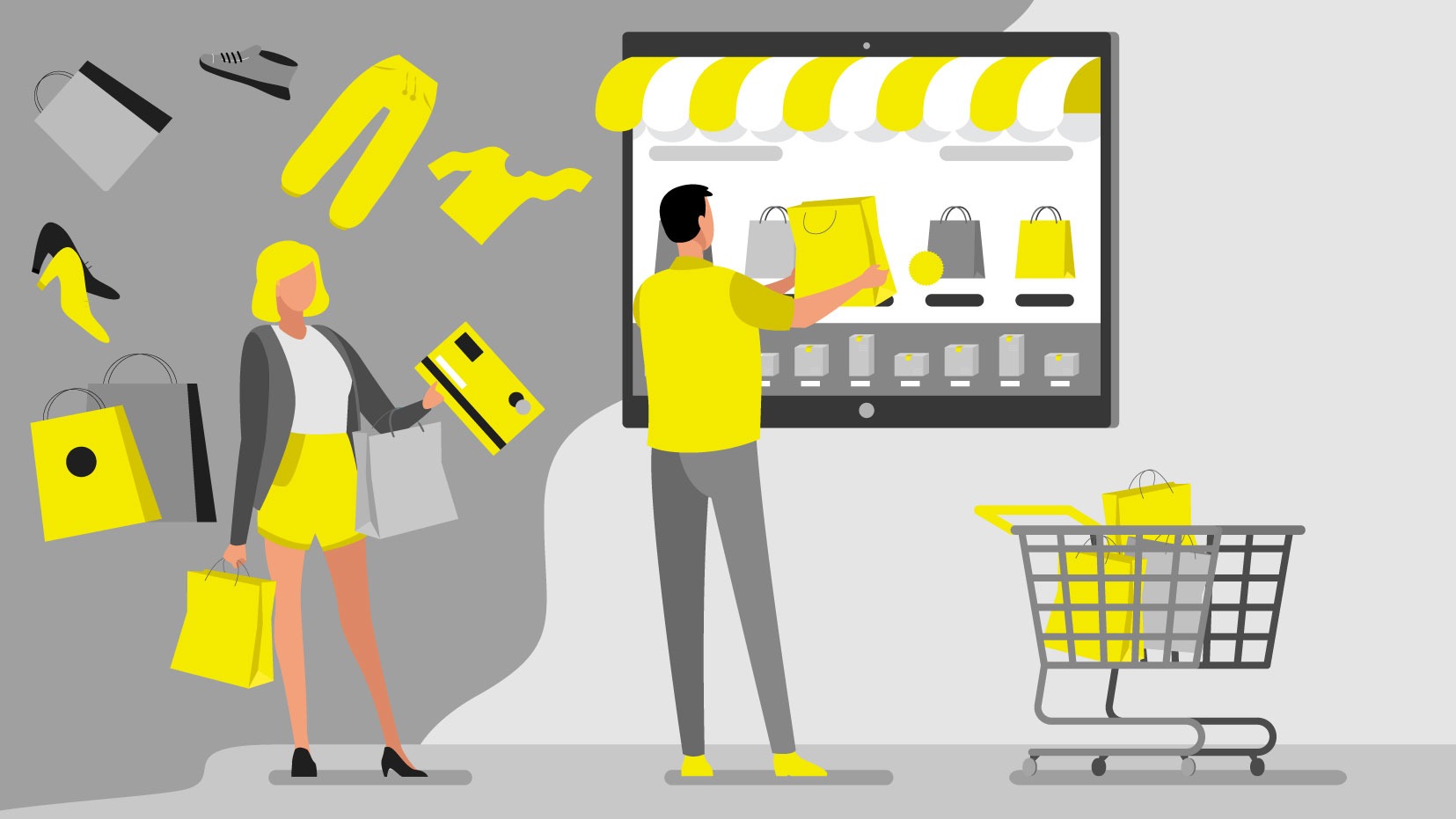 Third Quarter Momentum into the Fourth and Final Quarter

With insight into the third quarter, what’s in store for the fourth and final quarter? ...