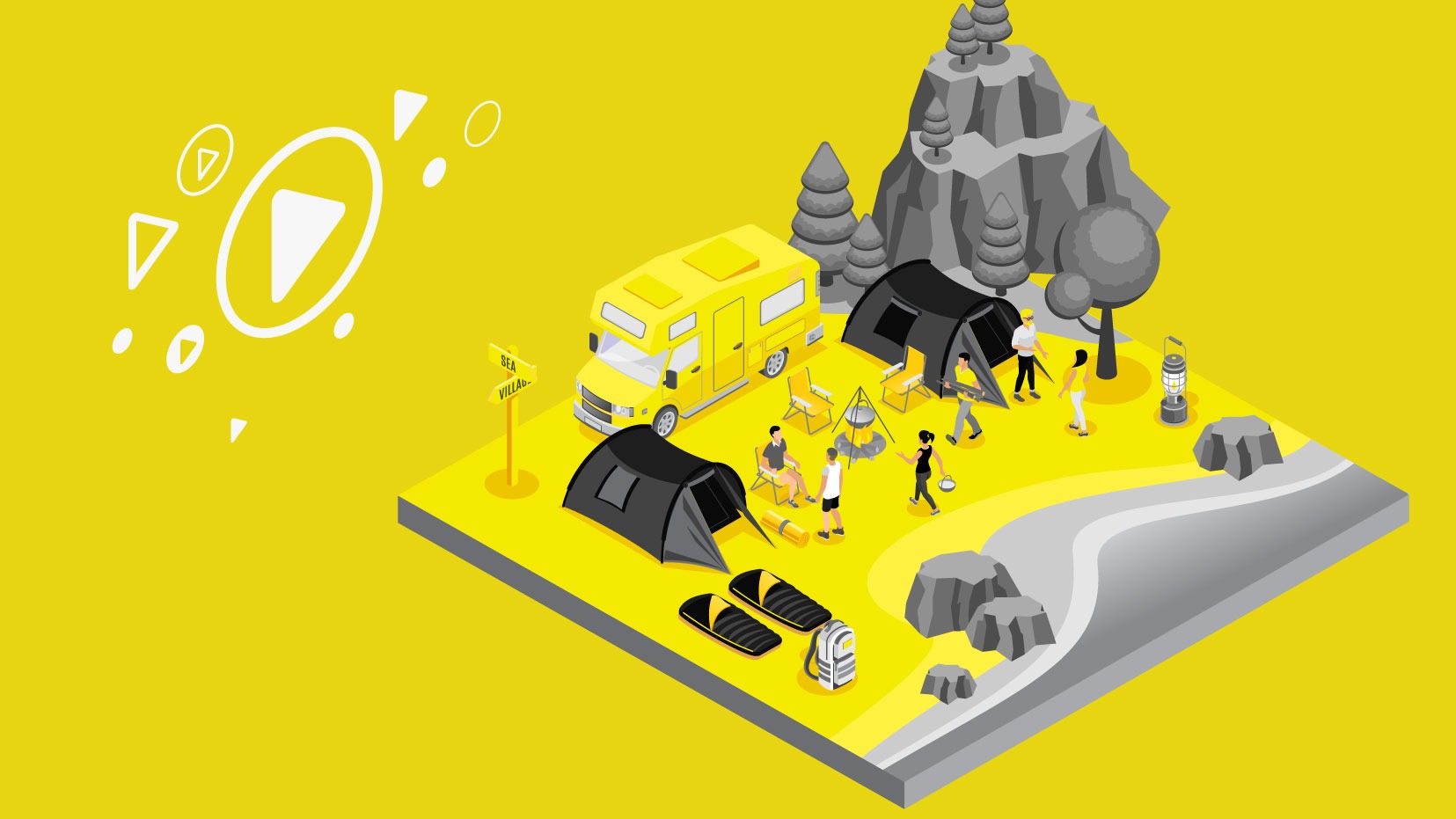 Outdoor gear, from equipment to clothing, is a fun marketplace – at least fun for lovers of camping and other outdoor activities.

But it leaves open a question that always leads to interesting conclusions: what is the ecommerce platform of choice for the top outdoor gear, equipment, and clothing brands?

Well, ladies and gentlemen, we reviewed the top brands’ sites and their platforms. But first, let’s look at the data and then see if we can find anything useful and interesting from it.

Here are the ecommerce platforms of choice for the 29 top brands in the industry:

And let’s boil it down; here is the summary of the number of platforms used by each:

So this is surprising and interesting in a few ways. Let’s go through them.

First, of the top 29 outdoor gear, equipment and clothing brands, 22 of the 29 use Salesforce Commerce Cloud (belovedly known as “Demandware” by old-timers), which is almost 76% of all of them. More than 3 out of every 4!

What could have caused this industry to use Salesforce Commerce Cloud so frequently?

The most likely explanation is that this is an industry that has both very standard ecommerce needs, as well as being led by a bunch of large players – perfect for Salesforce Commerce Cloud. Additionally, it’s an industry without the depth of integration to old-time platforms that older industries (say, the largest retail clothing brands) tend to have.

Salesforce Commerce Cloud does indeed make sense as a platform of choice for large retail brands. But with standard vs unconventional needs, there are very different analyses. For brands with very out-of-the-box type needs – like a standard outdoors gear company – Salesforce Commerce Cloud provides easy scalability and advanced functionality like multivariate testing out of the box, and is included in the cost. For less common needs, it includes a universe of extensions (what Salesforce calls “cartridges”) as well as certified developers and companies specializing in bigger, complex integrations. So it’s not surprising it’s the platform of choice for the major outdoors gear companies.

The second surprising fact about this list is that Magento came in so far behind Salesforce Commerce Cloud as the platform of choice. In our reviews of the ecommerce platforms used by other industries, Magento is usually in second place – but usually Salesforce Commerce Cloud is ahead by a sliver. I would have expected about 6 of the top 29 to use Magento. Why only 2?

Our best guess as to why so few outdoor gear brands chose Magento is that the outdoor gear space was relatively late to the online sales game. Yes, in 2003 they were setting up simple online stores like everyone else was, but they didn’t dive head-first into the space the way other industries did. Perhaps because the outdoors industry attracts people who are more nature-oriented, old-fashioned, outdoorsy types, not those who want to sit inside and develop software all day?

A third surprising fact was that Atlassian Cloud appeared at all on the list, powering Arc’teryx‘s site. Atlassian, Australia’s great dotcom star, and the modern builder of awesome enterprise-class software. Here in these parts I tend to be cynical about a lot of the bigger companies – but Atlassian is both substantial, significant, and in my experience the praise is well-deserved. No, I’m not trying to sell anything – and here at ArganoUV, we don’t even develop on that platform!

What makes Atlassian great is the unique intersection they exist in. The bigger enterprise tech companies tend to have painful, old-school legacy tech that makes doing anything – for them or their users – slow and expensive. (Am I talking about you, SAP? Maybe, maybe!) The younger players tend to not have the sophistication and experience of scaling or dealing with complex integrations. (Am I talking about you, Shopify? Maybe, maybe!). But Atlassian is in a strong point between those two extremes. Big, enterprise-y, and serious enough to do things right, at scale; but small enough to think and act like a startup, not a bureaucracy.) Of course that doesn’t excuse some of their counter-intuitive UI choices (Am I talking about you, Jira?)

Atlassian, I have to note, however, isn’t an ecommerce specialty. They specialize in a lot else on the scaling enterprise tech side, and they’re relatively late to the ecommerce game. That isn’t necessarily a notch against them; just a factor to keep in mind. Their ecommerce business approach is more, “Okay we have the whole enterprise scalable infrastructure in place – the hard stuff – so why not just graft a store on top of it – the easy stuff?” Note that this is philosophically the opposite of one too many ecommerce players, who go for the good web UI and modern, cool, sleek design – but can’t handle the scaling or complex software behind it.

A fourth interesting observation is that one of the top outdoors brands, Fjallraven, runs EpiServer. Episerver, a Swedish classic, since 1994. Barely as the internet started, it was around. And thus it is, of course, built on .NET. PHP has aged much better than .NET!

There’s only one reason for any company to ever use EpiServer today: and that’s if the company using it is both Swedish and has been doing ecommerce since the ‘90s. And guess which company falls into both of those categories? You got it: Fjallraven.

Let’s be clear on something: it’s surprising the degree to which national borders matter in software choices. We tend to think of “localization” as a minor feature to do in some future version. But guess what? Software built in Sweden for the Swedish market originally… even if it is cumbersome and not modern, it was built for the local needs. And decades later, it still does so.

And it’s not just the classic “language and currency” localization tweaks. There are legal regulations about how companies can be paid that often create discrepancies; one example that I learned from some personal experience is that in Brazil there’s an old-time law, still in effect, that any foreign invoice or payment has an automatic 30% tax on top, no matter what context or other factors, period (dividend payments excluded, for my legalistic footnote; but, IANAL: “I Am Not A Lawyer.”) Or where the servers are based, for a local speed advantage. Or the native language of the customer support staff. And so forth. All these details add up to give local teams a substantial advantage.

The fifth and final interesting observation from today’s list is that one of the top outdoor companies, Osprey, runs using ZFoundation. I’ll admit it: this one is so obscure, I’ve never even heard of it before, and my BFF Google needed to help me find it. Here’s the situation: it seems like there’s an old-time, long-time tech consultancy, called The Zaneray Group, that were the implementor consultants behind a couple of ecommerce sites. And they implemented enough so that, over time, they hammered together their own platform to use. That feels like a very smart move for a consultancy – to give them a deep competitive advantage over the others, and get their clients locked in.

But I’m not sure it’s a wise move for Osprey or any other ecommerce site to use them. No matter how great your vendor is, are you sure you want that level of lock-in? Things hint at a more subtle advantage of using a platform like Salesforce Commerce Cloud: you can swap tech implementers and tech integrators without losing your ecommerce platform.

What’s the conclusion of all this? Lots of tech platforms and lots of choices, in the outdoor gear, equipment, and clothing space. And if you want to figure out what platform to use, I’d love to talk. I’ve worked closely with tech and marketing to integrate and marry them together many times, in many complex situations, and I’m happy to have a call to see which one may be a good fit for your needs. Just drop me a note at: mfriedman@unitedvirtualities.com 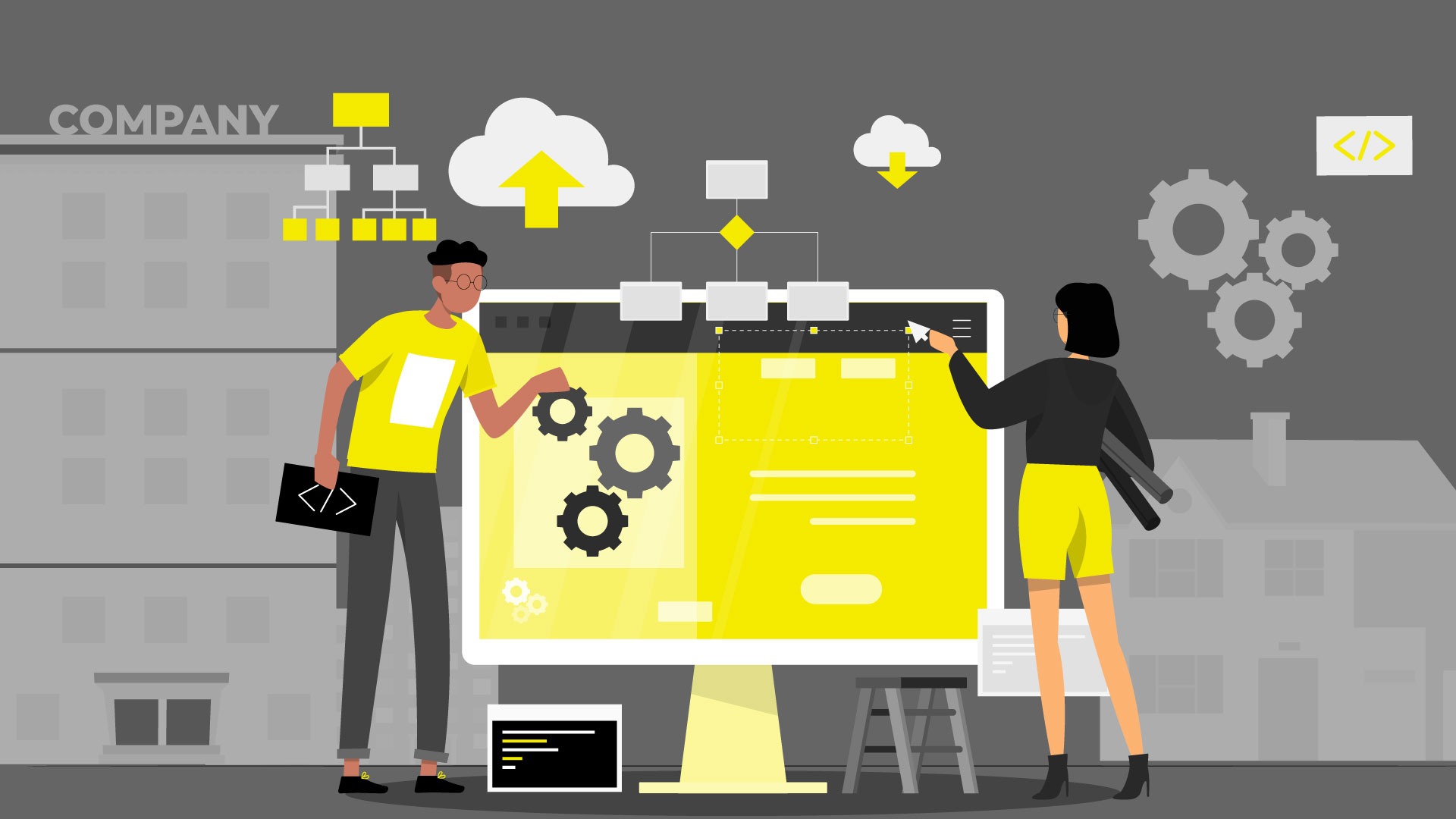 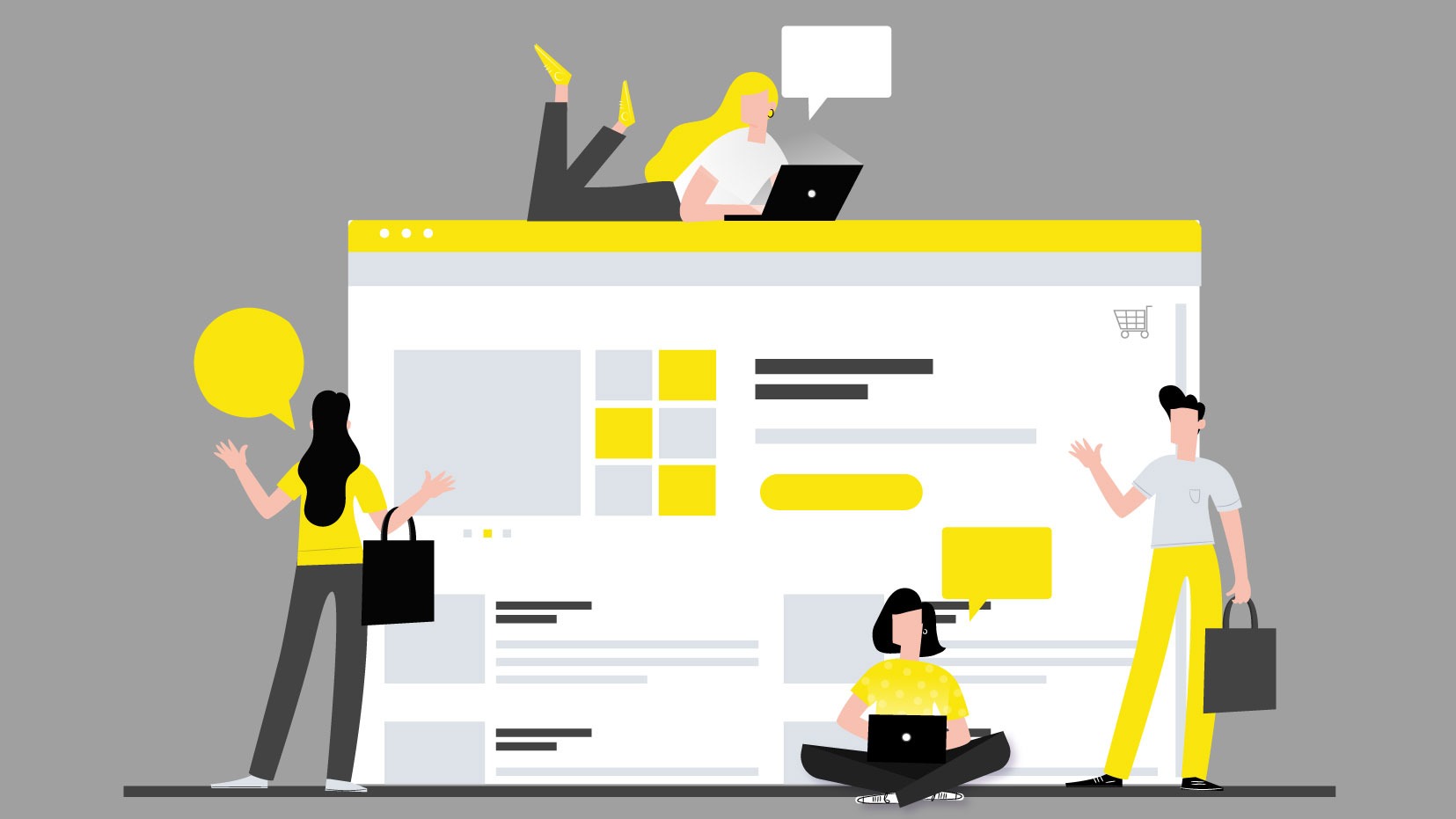 Headless eCommerce & Salesforce Commerce Cloud in 2020: The Path Forward Or Not?

Headless sites are all the rage, but how do their pluses and minuses compare against Salesforce... 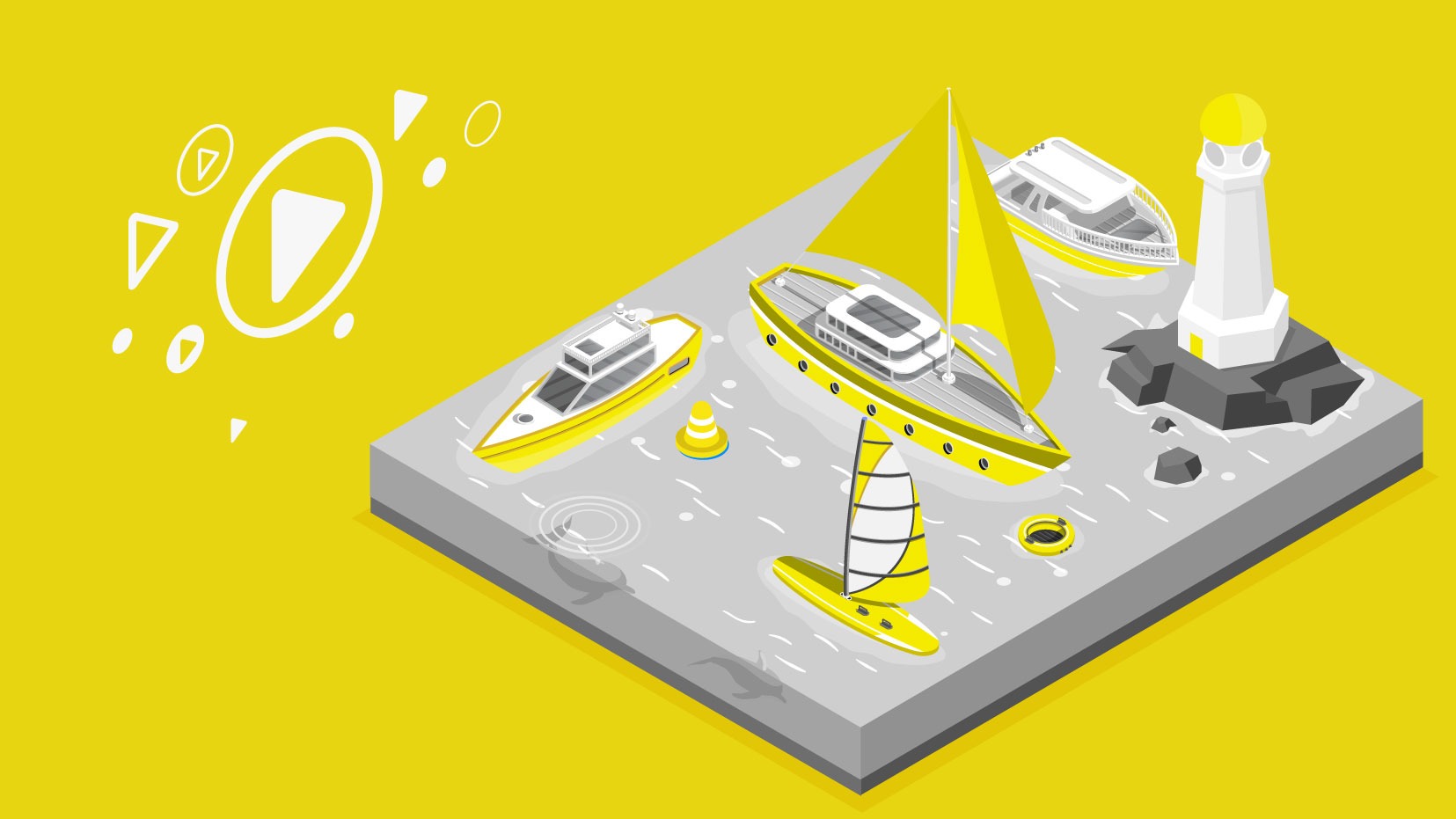 What eCommerce Platforms are the Major Boat Brands & Retailers Using?

Which ecommerce platforms are the top boat brands and retailers currently using?