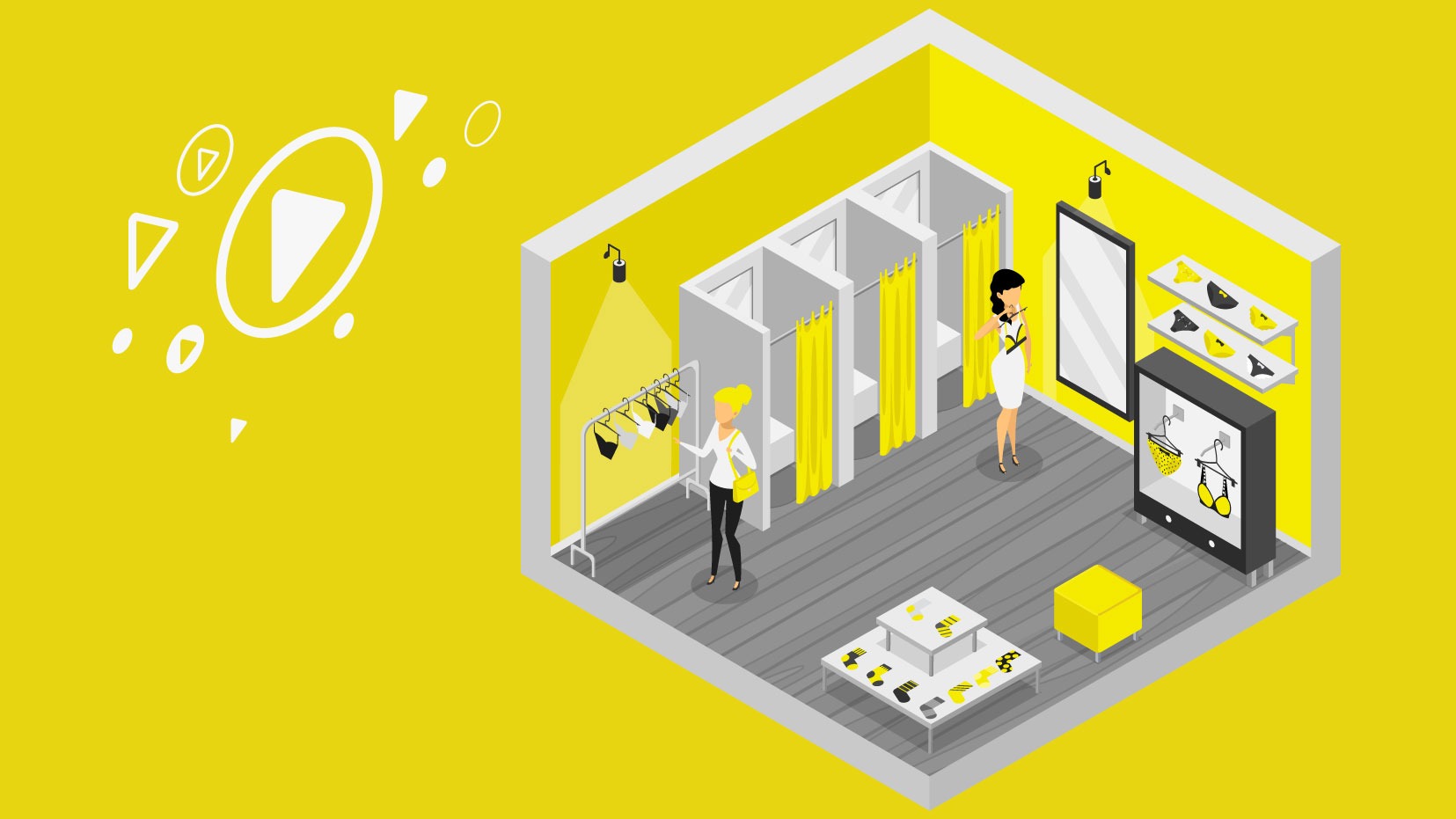 When you go shopping online for lingerie, underwear, socks – basically anything that you put under your clothes, I’m sure the primary question you’re wondering is: what ecommerce platforms are powering these sites? It’s the question I always wonder every time I do, as well, so let’s dive in today.

First, let’s look at the raw data. Here are the 30 top lingerie, underwear, and socks brands, and which ecommerce platform each of them is using:

And here is a summary, by platform:

This is interesting, and surprising, in a few ways. Let’s examine them.

First, let’s look at one way in which this is not too surprising: 9 of the top 30 run Salesforce Commerce Cloud (once upon a time known as “Demandware.”) That’s 30% and that’s in the normal range we’ve seen across this series for the top brands. Most retail ecommerce industries have 30% to 50% of the top brands running on Salesforce Commerce Cloud.

This shouldn’t be too surprising: Salesforce Commerce Cloud is the overwhelming market leader for powering high-volume retail ecommerce stores. With integrated high-end features like multivariate testing, different versions depending on where the site visitor is, or what marketing campaigns they have seen before, and a high-end cartridge universe – this platform (once known as “Demandware”) is the go-to choice for brands with complex ecommerce needs.

The second interesting observation about this data is how fast and furious the #2 competitor, Shopify, is catching up, with a minor difference of only one brand: 8 of the top 30 (almost 27%) of the brands are using Shopify.

This is surprising because Shopify built itself by focusing on small and tiny brands. Shopify is the great partner when you have an idea for something you want to sell and you can afford $30/month for the starter package. But it has rarely been the choice for the high-end brands with their complex requirements. (Don’t even think about integrating Shopify into your legacy warehouse management systems!)

But the times they are a-changin’, and Shopify is pushing hard to try to get into the high-volume market. While it’s no surprise to see Hugo Boss and Versace running on Salesforce Commerce Cloud, it was a bit surprising to see Cosabella using Shopify. This is evidence supporting Shopify’s front-and-center charge against Salesforce Commerce Cloud, and that they’re doing well in that war – and it’s still unclear who the victor will be.

It is less surprising that these 8 brands using Shopify are the least well-known of the top 30 brands examined – and probably smaller by orders of magnitude than Salesforce Commerce Cloud. Shopify is still playing to its core strength, of focusing on the companies on the smaller side.

A third interesting fact is that the third most common platform is Magento, with 5 of the 30, or almost 17%, including the old-time classic Wonderbra. In the high-volume online retail wars, Magento was traditionally the primary competitor to Salesforce Commerce Cloud; one is an F-14 Tomcat and the other a Mig-29, and you can guess which is which.

But Magento, unlike Shopify, has been going in the wrong direction. In a legacy language, with tens of thousands of lines of legacy code, built more by chance than as a platform intended to power these huge cloud servers in an era before the modern approach to the cloud was even born – remember, Magento was originally an open source platform free for anyone to just install on their own computer that they had to manage! – Magento’s been having a challenging time keeping up with the onslaught from Salesforce Commerce Cloud and Shopify, on both sides.

Its $1.68 billion purchase by Adobe gave many high hopes, but (not surprisingly to most savvy observers) it has only stumbled since. A big infusion of cash with the addition of a bigger bureaucracy isn’t quite the mechanism for reviving a dying corpse as you might suspect (too much cash removes any incentive to be nimble, lessens the incentive to be clever, and a bureaucracy removes the ability to do almost anything interesting.)

A fourth interesting observation about the data is that For Love & Lemons uses Global-e in conjunction with Shopify. Global-e is an interesting ecommerce platform, powering Forever 21, Marks & Spencer, and a bunch of other brands. One piece of marketing advice I give almost every company I work with is focus, focus, focus in every way. And you see this in the ecommerce platform space. BigCommerce (used by Natori, by the way) is positioning themselves as the headless ecommerce guys, for example. And Global-e is going after the global-first ecommerce niche.

It’s an interesting positioning for Global-e – a positioning their name itself even captures! – because anyone who has scaled a brand internationally knows the massive pain in the tushy it is to do so. Every country has a different logistics chain, legal paperwork associated with each transaction, different tax structures, usually different currencies and languages, different required warnings or information disclosures, different types of payment methods (in LatAm, it is still common to pay for ecommerce in cash, albeit less so than a few years ago), different shipping regimes, and so forth.

Shopify’s approach has been to, effectively, just force each client to use a completely different site for each country, like your site could be at https://us.morgansfictionallingeriestore.com for American customers while for Canadian customers https://ca.morgansfictionallingeriestore.com for example, with each pointing to separate ecommerce stores.

But Global-e has rethought the experience from the ground up, with the international aspects in mind. In short, you can configure and plan for each of these international challenges at every point, so the country-related logistical issues are as invisible to the users as reasonable.

Speaking of WooCommerce, it’s also notable that one of the top 30 brands on this list uses WooCommerce: Triumph. WooCommerce, free and used on top of WordPress, is like a mix between the non-cloud version of Shopify and the best of Magento: free for anyone to use, but old-school, you need to run it and host it yourself – and perfect for smaller sites. Triumph is probably due for an upgrade any day.

A bunch of the other choices we’ve seen in the lingerie and underwear space are interesting and make sense. Calvin Klein runs on HCL Commerce, which is the rebranded (after the sale) version of IBM’s Websphere – well, ex-IBM, and now it’s an Indian company that owns it. This tells me that Calvin Klein probably runs their back-end on the IBM database infrastructure.

Rigby & Peller runs on Intershop, which is an ancient ecommerce platform (founded in 1992; did the internet even exist then?) from Germany, that runs on the mostly-forgotten Microsoft infrastructure. While I observed that Triumph, running on WooCommerce, is due for an upgrade; doubly so for Rigby & Peller.

Stepping back, there are lots of ecommerce platforms used within just the lingerie, underwear, and socks space. If you’re considering a replatforming for your site – or just building a new brand or a new site – I’d love to talk. We’ve built hundreds of complex ecommerce sites on dozens of platforms, and would love to talk to help figure out which is the right platform for your needs. Plus it would be fun to have a virtual coffee! Drop me a line at: mfriedman@unitedvirtualities.com 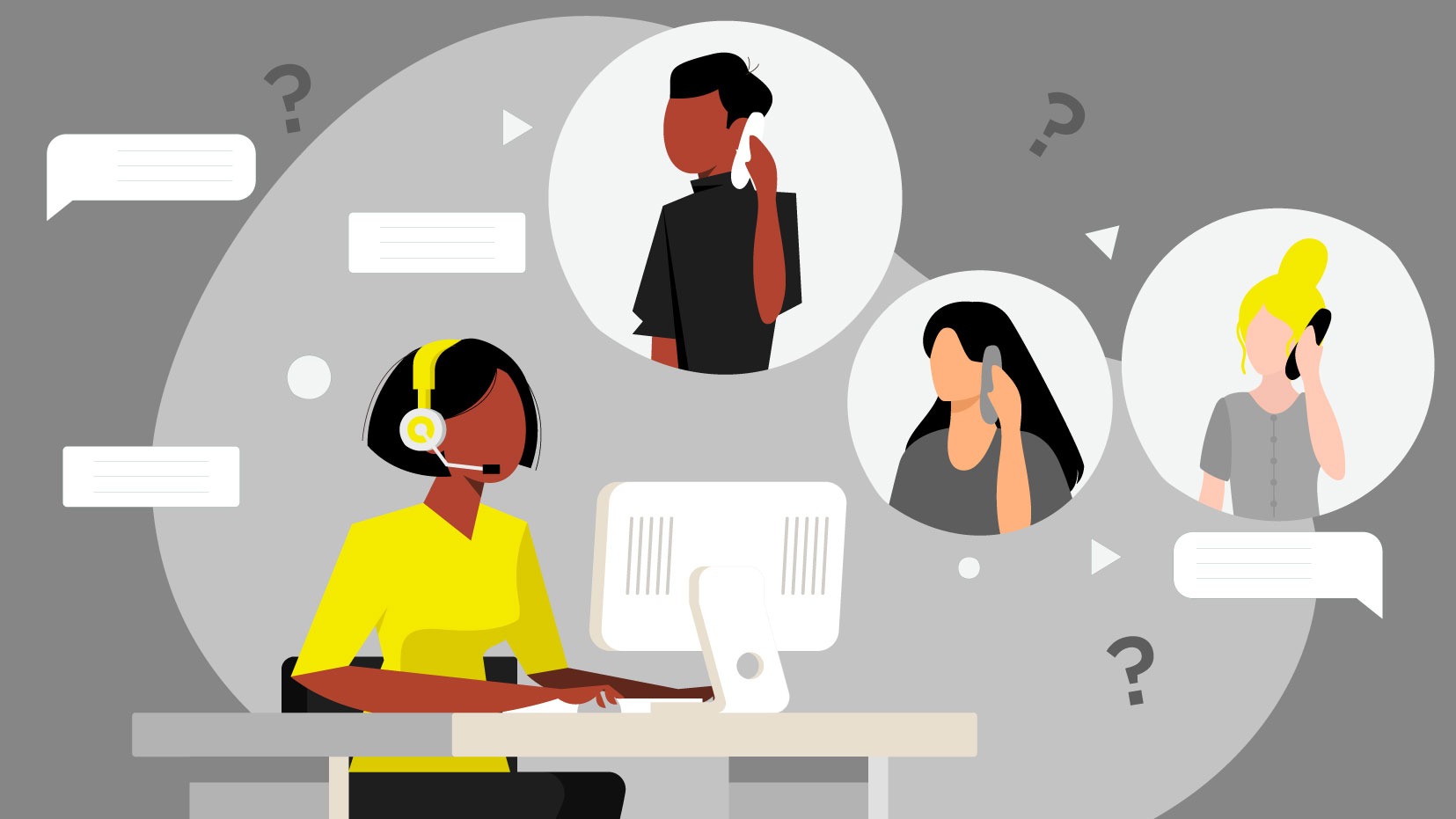 eCommerce and the Great Telephone Revival?

The classic communication method that is having a resurgence in the world of business. 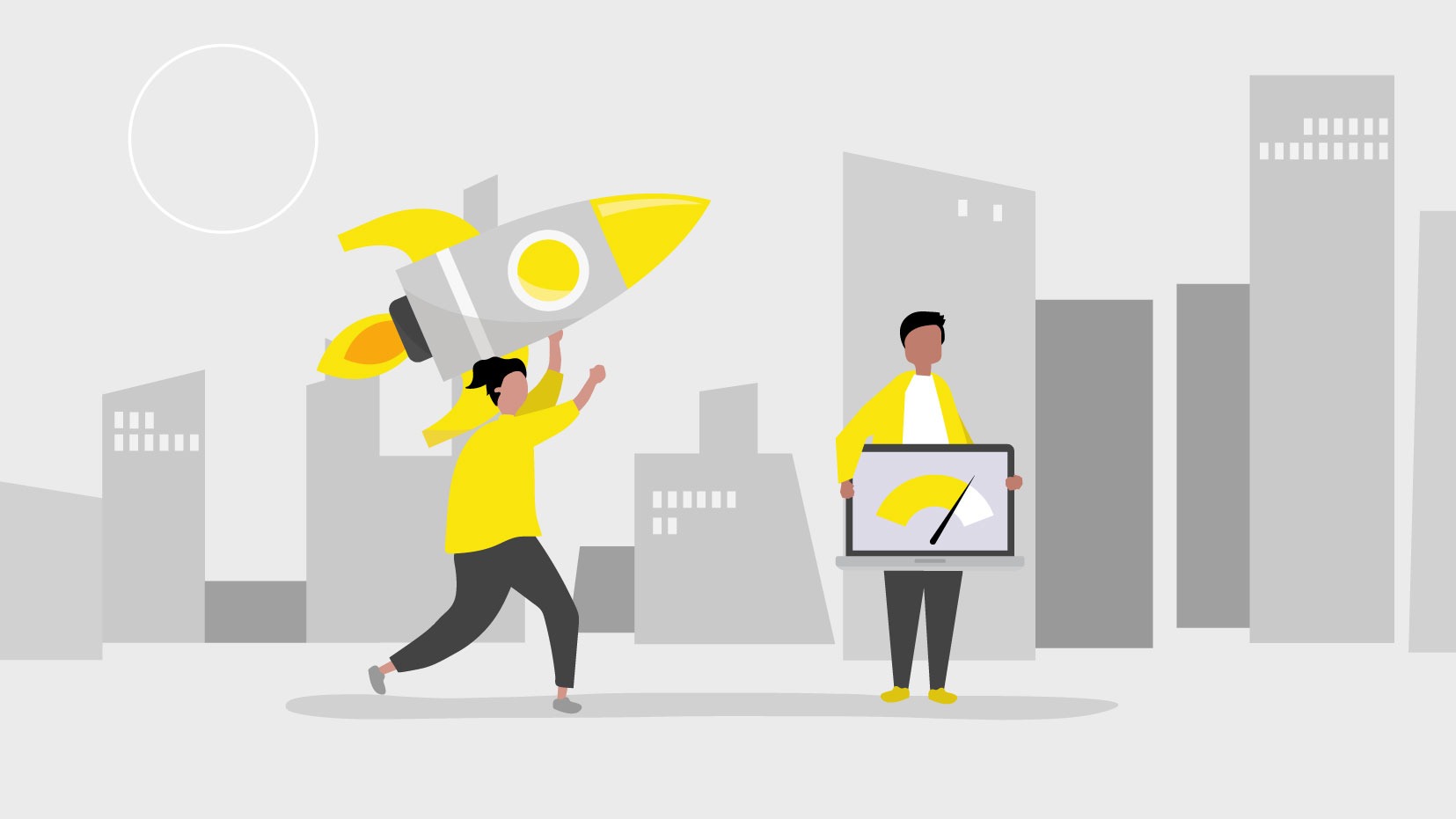 Hot Off The Press: Getting Google’s Glimmer Into Its Site Speed Survey System

Wait a second! Or maybe two. Read about Google’s new tell-all about how they determine a... 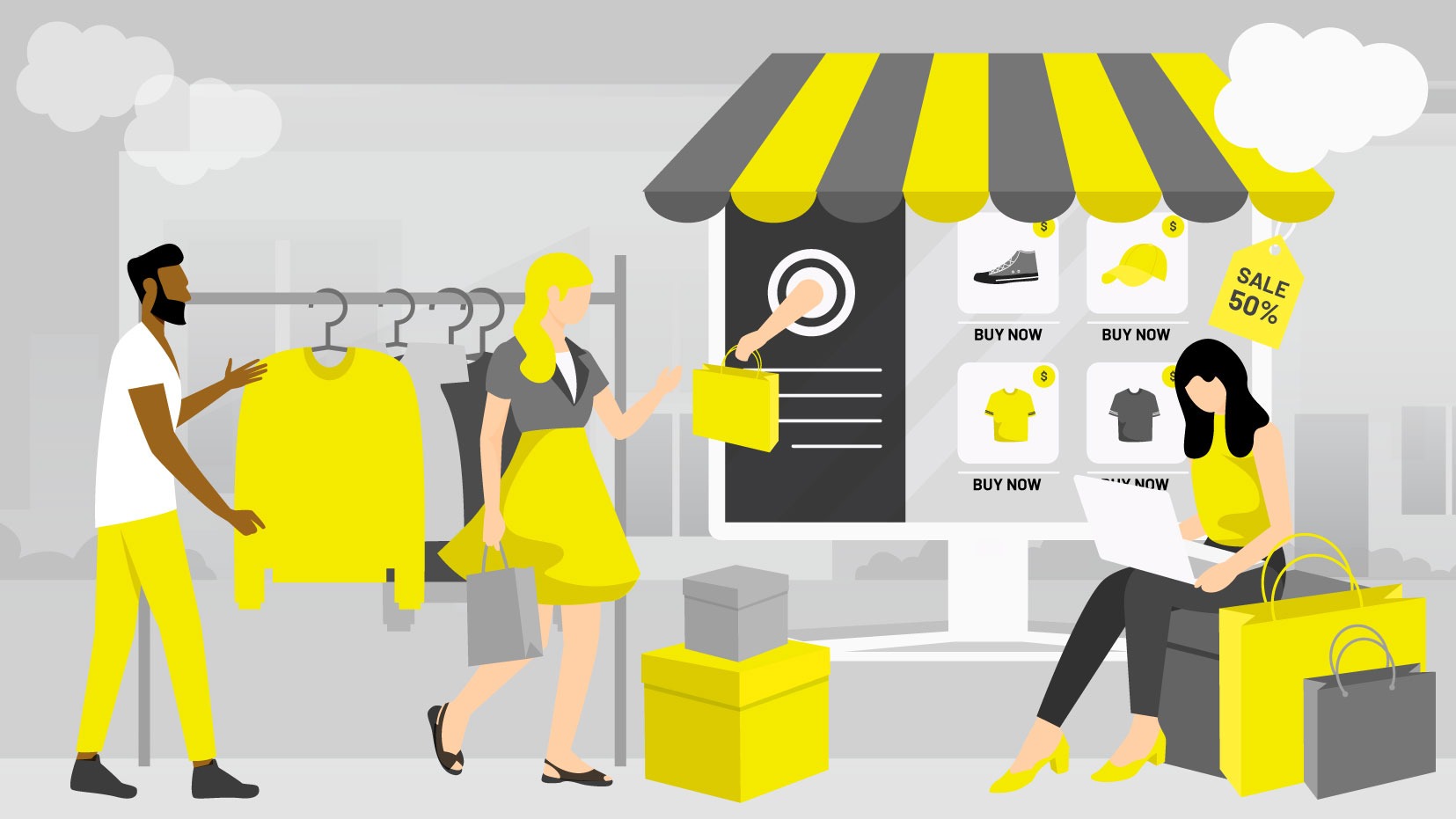 What the Second Quarter Says About Apparel

What do the figures from the second quarter say about apparel brands?