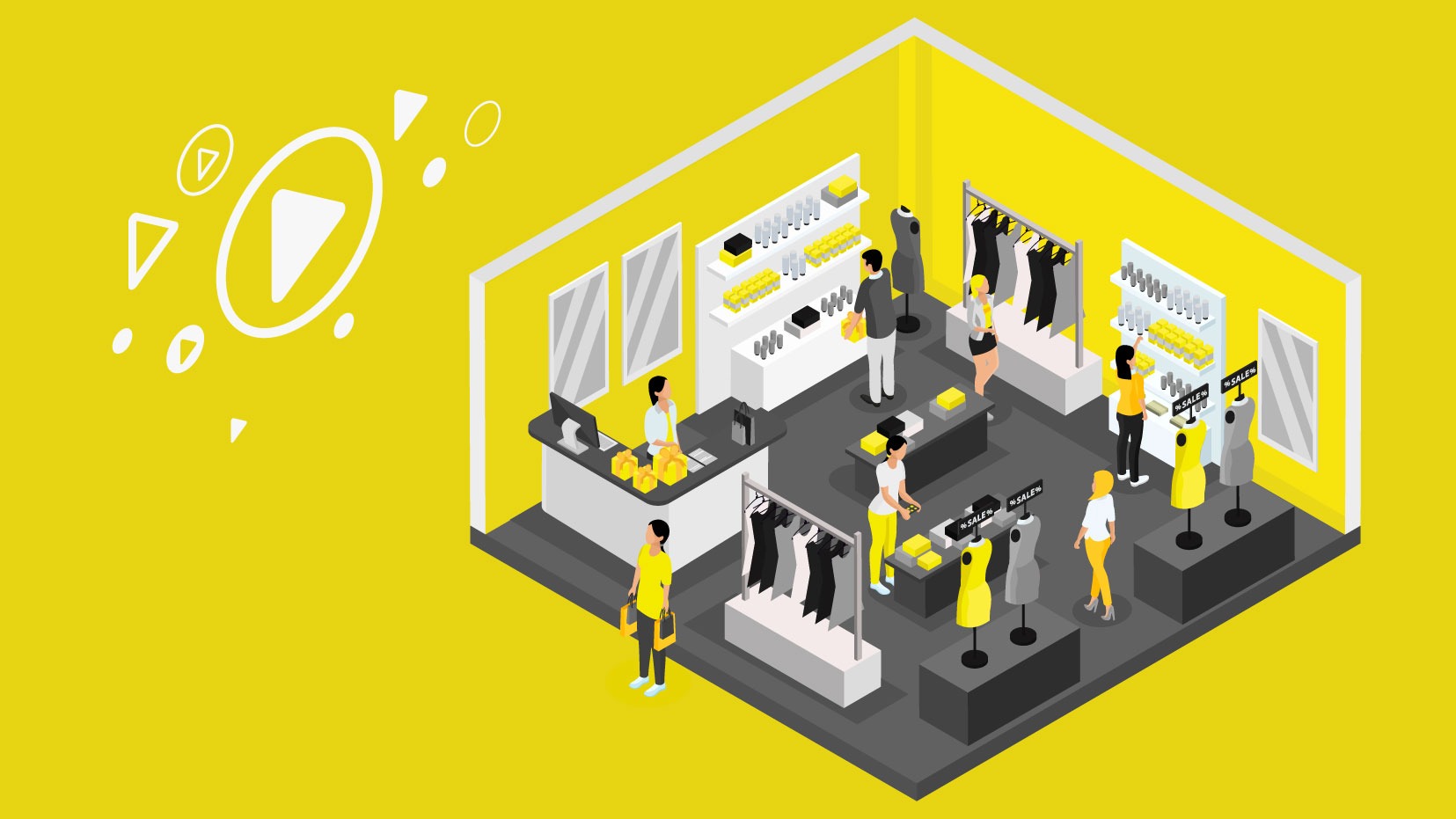 It’s a question that has been asked since the sages of antiquity: what ecommerce platform do the top clothing retailers in the world use most? Plato weighed in, Aristotle weighed in, Nietzsche weighed in… and now let’s bring some data to it and weigh in ourselves! And once we’ve examined the data, let’s see what is most surprising about the top retailers’ choice of ecommerce platform.

And the answer? We’re dying to know! The biggest, best clothing retailers in the world… What ecommerce platforms did they decide to run with?

Well, let’s look at the summary and then the specific list by company, and then let’s dive in and analyze them:

And now, per company:

So what does this all mean? Let’s untangle the data.

First, what’s the most common platform? 15 of the top 40, which is a full 37.5%, use Salesforce Commerce Cloud. That’s the most popular and common platform, by far. While in many other retail industries we’ve examined we regularly see 50% to 75% of the top retail brands using Salesforce Commerce Cloud, the 37.5% for the top clothing retailers is, well, average.

It makes sense that so many of the top retailers have chosen Salesforce Commerce Cloud; high-end and high-volume clothing retail is basically the textbook use-case niche that Salesforce Commerce Cloud was, effectively, built for. Salesforce Commerce Cloud, since the days when it was just called “Demandware” (and even now, when it is slowly being renamed to “Salesforce B2C Commerce Cloud,” with the “B2C” being added in), SFCC was built and is run from the ground-up for these complex retail cases. You want a different version of the site for different neighborhoods for different marketing and all the email consistent? You want it to integrate with any crazy legacy back-end system? You want people to pick up their clothing from particular stores? You can do it. Basically, the more complex your needs, in the high-volume retail world online, the readier SFCC is for that case.

The most surprising result of this analysis, however, is that, after 15 of the 40 choosing Salesforce Commerce Cloud, the second most popular platform was…. “custom,” that is, to build it yourself. This is surprising because, in our analyses of different spaces, the second-place is most commonly, by far, Magento. But Magento came out 6th today!

The reason why custom systems are popular in the high-volume clothing space is two-fold. First, there is a lot of legacy integrations needed to integrate with their back-end systems that are so deep integrations that it basically makes sense to build the whole thing from scratch; you’re rarely changing your back-end for your front-end, but usually changing your front-end to fill the needs of your back-end.

The second reason is the complexity and uniqueness of lots of high-volume clothing sites. Integrating with stores, for example, requires integrating with not just many moving pieces, but very idiosyncratic requirements. The company’s headquarters in Some-Odd-Country has used some Local-Back-end-Platform (That-May-Be-Long-Dead) forever. Maybe they have their own distribution mechanisms that run on their own proprietary software, and so forth.

Among the custom ecommerce systems, most interesting is the fact that Zara has built its own ecommerce platform. Not surprising in the least, from the Spanish company that is famous for building its own low-cost manufacturing and distribution system. Zara, known for building their company from scratch in every way and figuring out idiosyncratic ways to innovate faster and cheaper in a very old-fashioned and slow-moving industry – yes, it makes sense that they would also build their own ecommerce system. (Note: building your own ecommerce system from scratch isn’t as hard as you would think; you just need your requirements to be unique enough to justify the extra substantial expense.)

Another surprising observation from the list is that Primark – the Irish low-end classic – is running on Amplience. It’s an interesting surprise because Primark is a classic cost-sensitive player, and Amplience isn’t the cheapest option on the market. In fact, with their headless, API-first approach, it is one of the more expensive ones on the market. How do we explain this?

One possible theory is that Primark is diving all-in to our ecommerce-first brave new world we’re entering. And by going with the headless, API-first approach, they’re probably betting that, in letting them separate functionality from user experience, it gives their content teams more flexibility as well as their developers.

But every ying has its yang. Amplience is one of the lesser competitive platforms and as such, is a riskier long-term bet. And building your own content interface on top of their API is no small feat, especially in a universe where Adobe Experience Manager and many sophisticated content platforms have mature functionality.

Another surprising choice was Ralph Lauren, whose site runs on both Salesforce Commerce Cloud and Radial (formerly GSI Commerce and eBay Enterprise). Ah, it’s been a long journey for GSI, which has been slowly decaying for years – the man who was cool about 20 years ago, was then bought by eBay, and then handed down to Radial. In fact, it no longer appears in any recent work I’ve done, so I’m half-surprised to learn they’re still alive – albeit in their third incarnation. Ebay usually does a decent job of keeping divisions limping along as compared to, say, Google (whom I still haven’t forgiven for closing Google Reader.) Yet even eBay couldn’t revive it.

The surprising thing here is: why would Ralph Lauren have two, completely separate–and both very expensive and complex–ecommerce systems? Why would any site need both Salesforce Commerce Cloud and also Radial?

There are two likely answers. One is they are in the process of transitioning from one platform to another. When you have tens of thousands of products, available in thousands of jurisdictions with very different legal, regulatory, tax compliance, and other paperwork and distribution mechanisms, content, and languages – with content that is likely being updated on a daily basis, and fully integrated with other platforms – that’s not a “push a button” type update. So the two systems likely need to live side by side for some period of time. The pattern here is that companies tend to move away from Radial and similar platforms, to Salesforce Commerce Cloud.

The second possibility is that each platform services a different purpose. Maybe they have a sub-brand that was developed as a Skunkworks (thus built on a different platform) or came about via an acquisition (thus using a different platform?). Perhaps for one class of products, or one particular legal jurisdiction, there was a requirement for a piece of functionality that Radial didn’t have, for example, and Salesforce Commerce Cloud did (of course!). But there are many contexts such as these examples where different platforms do live side-by-side. Just note: not just is this much more expensive, but it is much more hassle, as well!

Another surprising appearance on the list is precisely 1 of the top 40 brands uses Shopify, and that brand is the ever-cool Penguin. As Shopify continually tries to position itself as cool, Shopify is an interesting choice: it was the “cool” platform of about 5 years ago, so perhaps they wanted to show their cool credentials in ecommerce by going with them?

Or more likely: until that point, a few years ago, they had a hacked-together temporary ecommerce operation. After all, until fairly recently, they were a large military and union clothing provider – more a B2B company than B2C in many respects. So it makes sense they never focused on ecommerce. But a few years ago, as the hipsters discovered them, the brand quickly blossomed, so perhaps they needed to scramble and get the quickest ecommerce site live? And guess what? What Shopify doesn’t have in extensibility and customizability and what it lacks in scalability and speed… it does have in the speed-to-implementation department. Put in a credit card, click, click, you have a site live! (With Salesforce Commerce Cloud… we wish it were that easy! But you get complex functionality that Shopify could only dream of!)

Another surprising entrant on the list is American Apparel‘s choice of BigCommerce. American Apparel seems to be in a situation that is, in part, in a Penguin situation and, in part, in a Primark situation: perhaps they grew quickly so they wanted a platform on the easier side (even if it has less functionality and long-term challenges) but also wanted a platform that is headless because, headless is becoming cool. For them, BigCommerce is the natural choice and voila, it is what they chose! BigCommerce, as a smaller ecommerce player (as compared to Salesforce Commerce Cloud, for example, or Magento), it’s unclear and uncertain what the future holds for them, and it is full of platform risks and limited functionality. But it gets the basics done well, and it has been attempting to reposition itself as headless. Will it work to save the company? I don’t know, but I hope so, for them. And it works – at least well enough to convince 1 of the top 40 clothing retail brands to use them.

If you want to do a brainstorm on which platform is right for you, just drop me a line and I’m happy to talk: mfriedman@unitedvirtualities.com 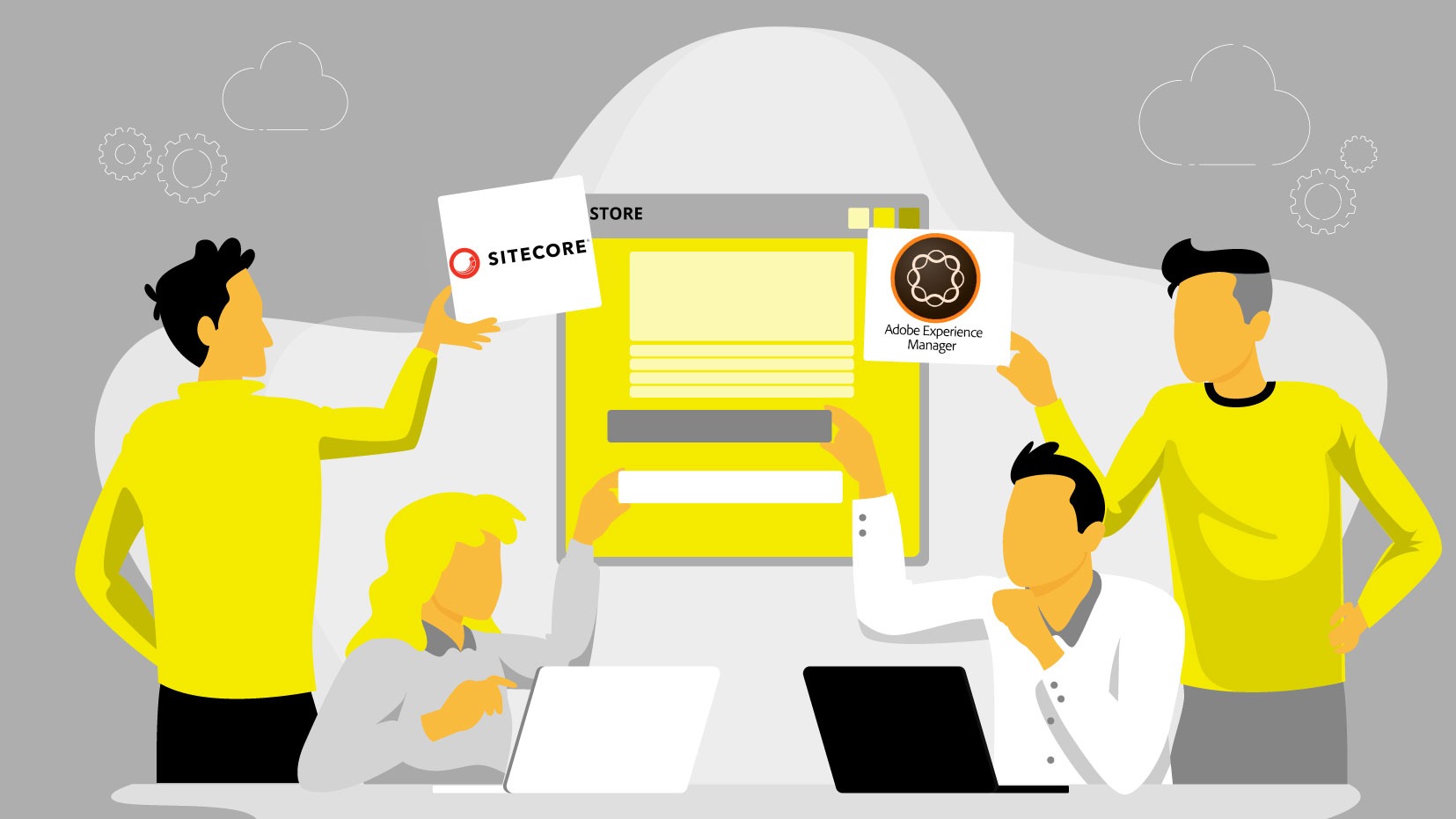 How to Migrate from SiteCore to Adobe Experience Manager

How do you carry out a CMS migration from SiteCore to Adobe Experience Manager? 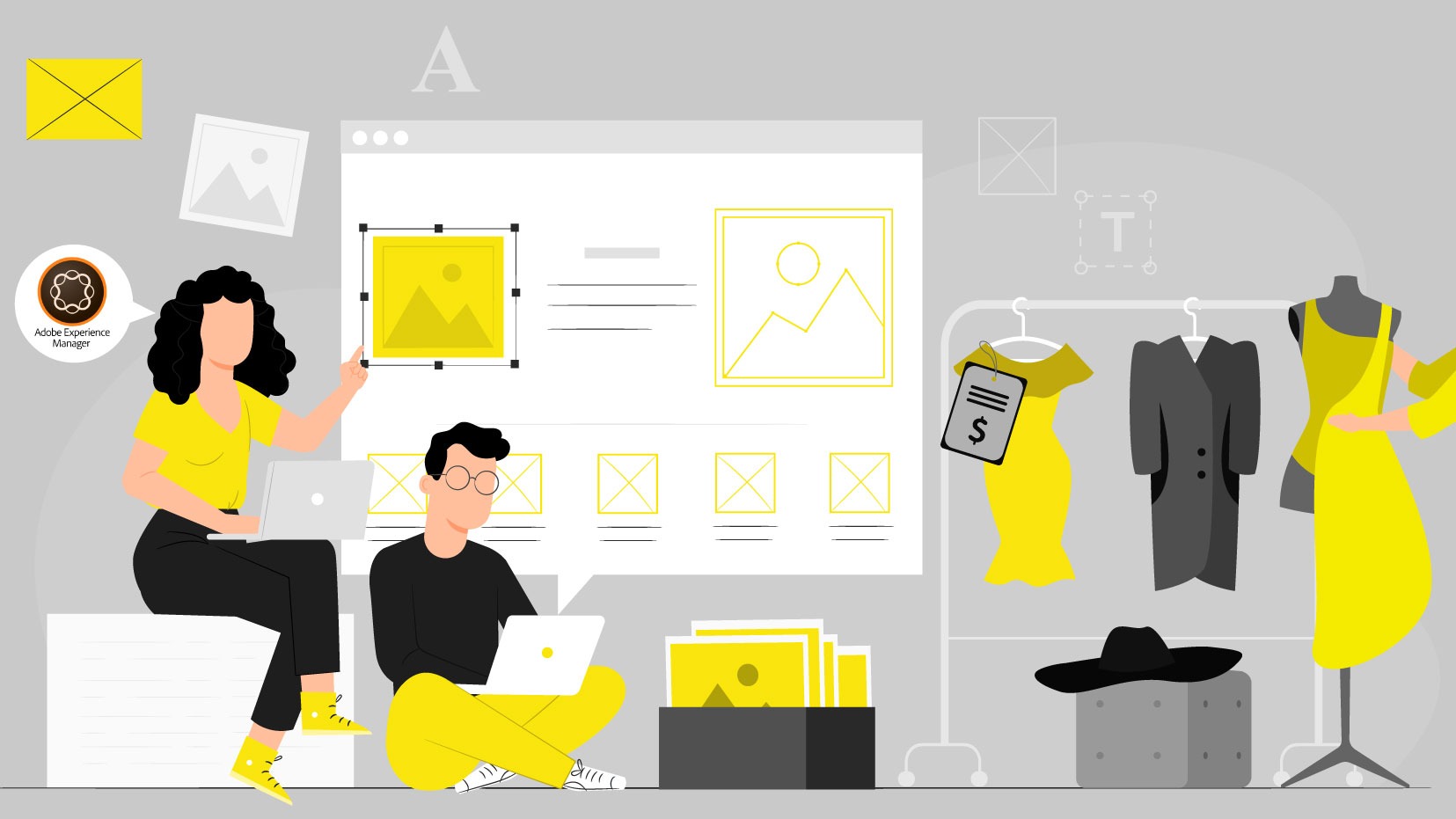 Old Navy keeps up to date with Adobe products including Adobe Experience Manager. 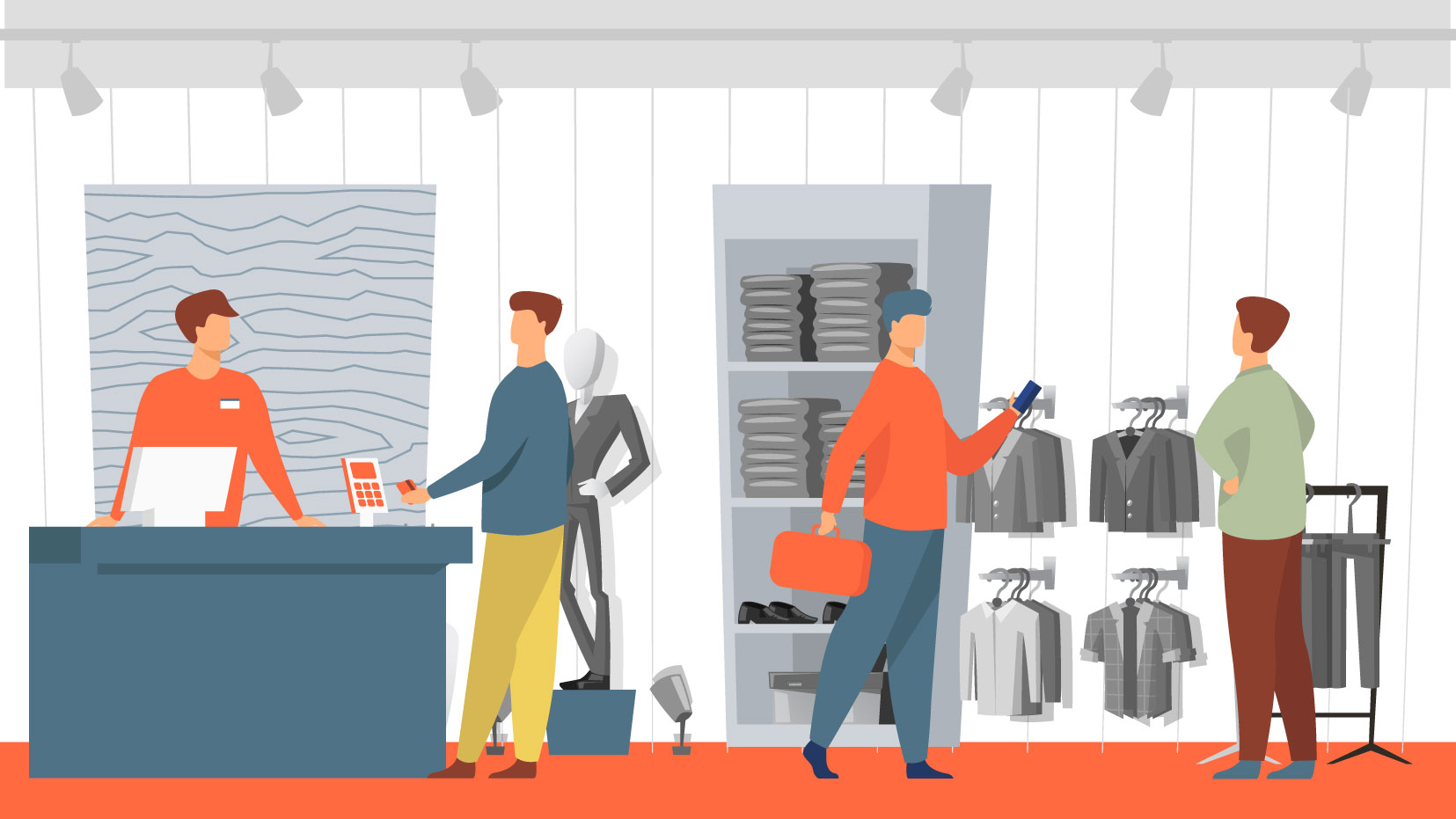 The Ideal Outfit: SFCC and Omnichannel... and Italian Leather