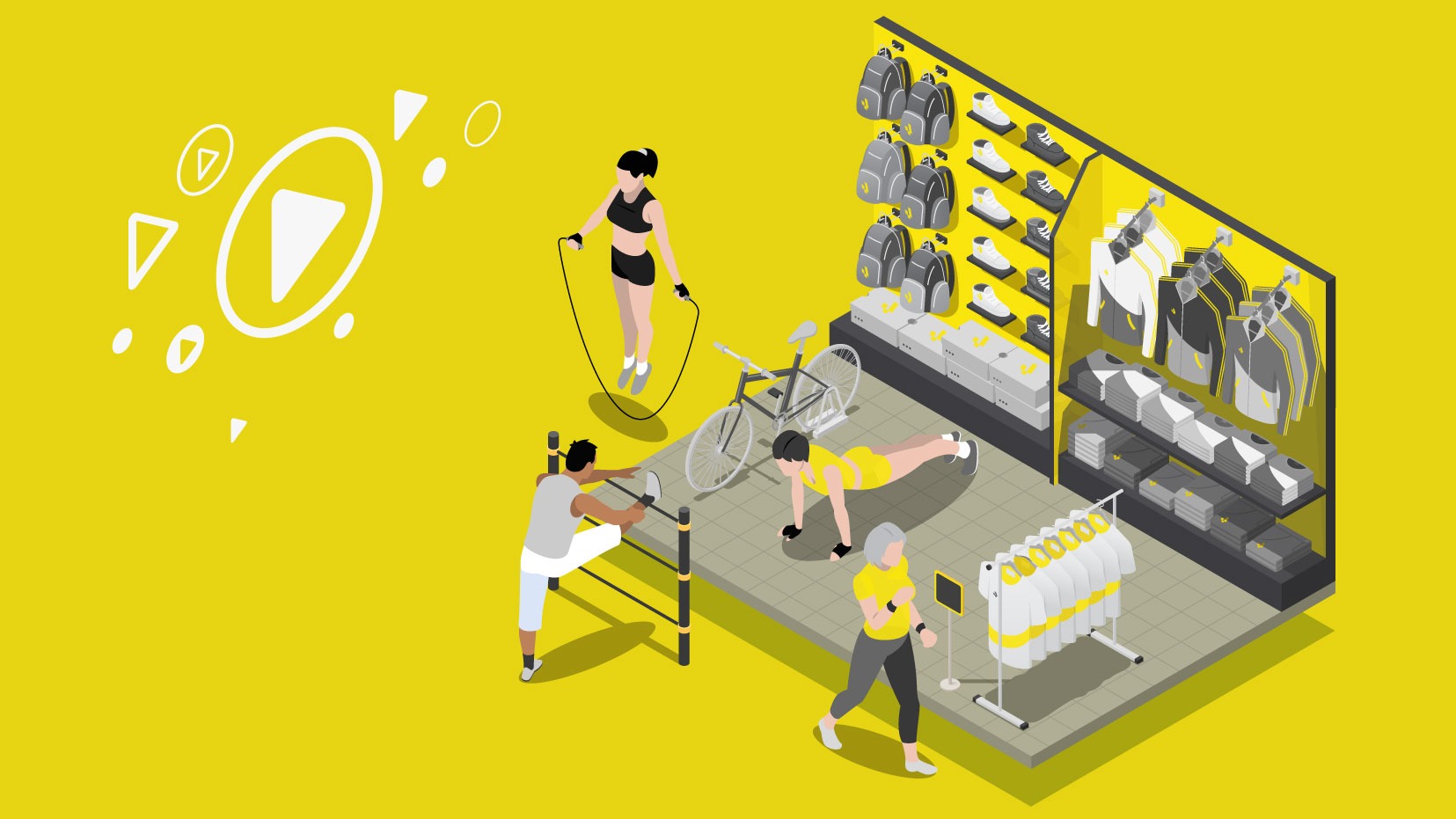 It’s a pressing question, keeping you all up at night – I know I’ve spent at least one sleepless night on this question (okay, last night, while I was working on this research): which ecommerce platforms are the top sportswear and sporting clothing retailers using for their ecommerce websites?

Let’s jump right into the data, and then after that let’s doubly-jump into analyzing it. Here is the key summary:

And here is the breakdown by company:

This list is full of surprises so let’s go through what was most unexpected about this list.

The first surprise is the magnitude of order by which Salesforce Commerce Cloud dominates the results. While we expected SFCC to be the leading platform – given its expertise in complex ecommerce at scale, and its strength in the high-end ecommerce space – but, consistent with our experience, we would have predicted maybe 40% of the top retailers in the space use Salesforce Commerce Cloud. So the 60% figure was unexpected.

This could be explained, perhaps, by sportswear being dominated more by a few large players than by a myriad of small players. You expect the tiny startups to use Shopify, so if a few tiny ones made it big, we’d likely see overgrown Shopify sites on the list. But that happens in other industries more than sportswear.

The second surprise was Kooomo’s appearance. Full confession (I’m too honest even with my ignorance!): I thought I knew all the major ecommerce platforms, and even the obscure ones, but I’d never even heard of Kooomo before, and I had to double-check the spelling (three Os). So, it turns out, Kooomo is a startup trying to be “Europe’s” ecommerce platform. Ah – that’s why I’d never heard about it; personally, I’ve scared platforms and worked with them all in the USA, not Europe. Umbro, let us know how your experience goes with them; my fingers are crossed for you.

A third surprise was that Shopify appeared once, and that was for Kappa. Ah, Kappa! A brand I can only think about and not talk about! What’s surprising is that for such a large and prominent brand, they’re still using Shopify. Here’s the most likely reason why – if we were to try to model their minds: Shopify is affordable. You can run large stores for $30/month! And for a brand that is very affordable, that’s a real cost saving. Note, for the record: with great savings comes great limitations; you can’t do anything complex or non-trivial (like have different extensions/plugins talk to each other or integrate, or deeply personalized experiences based on the user or their location or other factors, or deep integrations with other systems or marketing, for example). But for simple click-and-buy, that’s it, Shopify works great – even at a large scale. I hear static sites are making a come-back, too, for the same reason.

Now let’s share some less surprising facts. I wasn’t surprised to learn that Champion is using Magento. I’ll admit it: there are pictures of me as a kid wearing Champion clothing floating around my parents’ house. And what can I say other than: for an old-school middle class brand that looks like it hasn’t changed anything about it in 30 years, it makes sense that it would use an old-school middle class ecommerce platform that has been around seemingly 30 years and hasn’t changed a bit in these 30 years either.

It was also not surprising precisely one company on the list had to be so unique and different that they built their own platform from scratch, because they really are unique and special like no one else. And Le Coq Sportif – yes, we love you, I spent a bit too much of my childhood in Paris and, at 14, I did think it was the coolest brand ever. (Unlike Champion, which I associated with all the annoying kids in my middle school.) But it is not surprising that they are the ones who had to choose to build their own ecommerce platform to use. Not as risky as those other Europeans trying Kooomo, but you’re French so you have to do it in your own special unique way. We understand. Please, never change!

The third unsurprising fact is that both Adidas and Puma are on Salesforce Commerce Cloud. Famously founded by two brothers – and apparently with their original factories right across each other on opposite sides of a river somewhere in Germany, if I remember the story correctly – they are the opposite mirror image of each other. But more alike than different, it’s just funny that they both are running their software on the same platform. Plus ça change, plus c’est la même chose!

The fourth unsurprising fact is that Ellesse runs on SAP. SAP is the old-time we-have-too-much-money choice of the European retail brands. Ellesse, making ski clothing for the European elites since skiing was first invented (or discovered? Unclear to me if skiing is the sort of activity that would be invented or discovered?)… yes, they choose the ecommerce brand of the retailers to the European elites. And that is SAP. And I say this with full love.

Perhaps the conclusion of today’s list is that companies live up to their stereotypes a bit too often. But is that a bad thing?

If you want to discuss it, we’re here and we know the platforms in and out. Just drop me a note, I’d love to discuss it! Or even if you’re just choosing between which platform to use, I love diving into this subject and have been figuring this out for years. Just send me a note to: mfriedman@unitedvirtualities.com 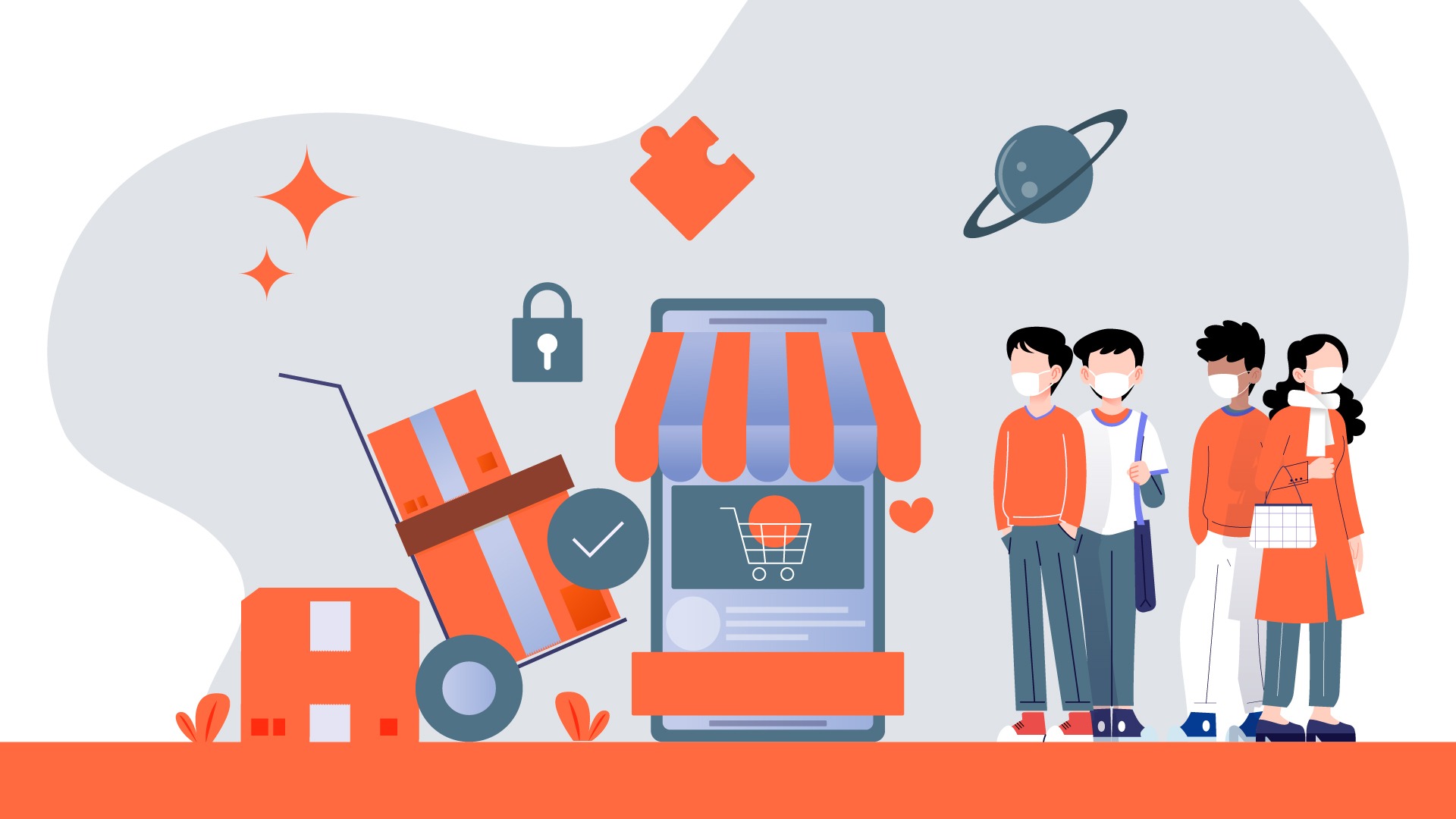 How is a regional lockdown in China affecting global ecommerce?

Are We Set for an Unhappy Christmas?

Big brands are struggling to stock digital shelves for the holiday season.