ArganoUV’s Morgan Friedman, sits down with Production Director and surfer-in-chief Dan Hymson, to ride the waves of flow state, productivity and production management.

Morgan Friedman: Hi everyone I’m Morgan! This is Dan one of our favorite Production Directors at UV. So Dan let’s go!

MF: You said you did this two weeks ago since you did it, have you been continuing doing it or was it an experiment for a few days and then you stopped?

DH: That’s pretty much the segway into how do we adopt it. Because what happens is, I was able to do it for one week but what I found was there were things happening on the project that I wasn’t finding out until the next day, and that’s because I was tuning out everything else like, in the morning that two hours or one hour how one and a half hours, I was spending on that one project, I wasn’t then paying attention to it for the rest of the day because I was Time Boxing on other projects. So what had happened was is I got to 6 p.m or 5 30 p.m and then I would shut down and then I would come back in the morning and I would see all of these responses to that one initial email that I had sent or all these Slack messages to the things that I had sent. So the Time Boxing wasn’t allowing me to keep current. I was constantly being set behind because things continued to unravel or progress throughout the day and I wasn’t able to pay attention because I was focused on this. So that leads to the idea of how do we adopt that at a larger scale from a company perspective so that everybody is focused on this one project for this time, everybody’s focused on this other one for this time, and that you don’t feel left behind after.

MF: That feels like it may be a kicksonic quest, because different people will have different

numbers of hours per day. You may only have an hour on this project, while John Smith might have four hours a day on a project. So naturally, even if there is some overlap, I think things are going to happen, so it may not be solvable. Brainstorming, to riff on your awesome idea of Time Boxing, which I had never thought about up until this conversation is, I practice a variation of that with the interesting difference of rather than time box by project i time box by type of task: So I use use Monday mornings to just plan what each of my reports and I will do the whole week, so I have my Calendly set up so I can only take meetings Tuesday, Wednesday, Thursday afternoons. I leave Tuesday and Wednesday mornings for creation and writing, Friday retrospectives and while occasionally there’s exceptions: it’s a Monday and we’re having a meeting now. What I found is that sort of Time Boxing by task doesn’t slow me down because I can still respond to things other times, but it’s not like “oh my god I’ve been meeting every five minutes: Stop. Start. Stop. Start”. So it achieves a comparable effect, so it’s like a cousin of Time Boxing, not Time Boxing by client, but Time Boxing by work type.

DH:  Yeah and that’s where I’ve landed since, that’s been my adaptation. It’s very similar to this. So, going back to the first theme which was that idea of flow and putting yourself in the mindset to complete that,  then I’ve landed on “okay time boxing by project may not actually work as a Project Manager”. It may work as a developer or a designer because usually what they do is they’re conceptually thinking about something and then sending it for review right where the rest of their day somebody’s looking at it, or a developer who is building this component and then saying “okay that’s good, I’m done for the day. Tomorrow I’m working on this component”  but as a Project Manager, what I’ve started to do now is very similar to what you’re saying which is: if I am putting together a project plan  for a specific project, a schedule or an estimate, whatever it is, what I will do is get rid of all the tabs  on my computer. And we know that developers very  typically have, you know 400 tabs because they’ve got Github, they’ve got Jira, they’ve got Codementor, all these other things whatever it is. We know that finance people have 200 different Excel spreadsheets or Google docs open.  Production Directors such as myself is typically… If you look, I have three monitors. So if you look at one of my monitors it has a perfect grid: a four box grid of Slack, Email, to-do list and calendar. It pretty much is my sort of bible while I do other things on the other two . But what I try to do is now is focus on the one thing at hand, I close everything and I open up only the things that are relative to that specific task which is the project plan so I’ll open up the client brief, I’ll open up the ux stuff, I’ll open up development estimates. all of that stuff. And i will focus for an hour whatever i need to get that done and I won’t let anything sort of get in my way and I do that the day before: I’ll plan my calendar around the meetings and then what I do is I slot in 30 minutes here 30 minutes there that is like recess or free play, where you’re closing down all of your tasks and then you’re responding to all of the… sort of the “noise”. You’re responding and you’re getting the emails ou,t you’re getting the Slack messages out. And what I’ve now started to do is at a day-to-day basis is I attack my calendar and I say “okay one hour I’m going to complete this, nobody can bother me, another hour here, 30 minutes here and there for free play, and at some point in there is lunch, and a hug and kiss for the kids”.

MF: By the way, I do something similar to that. A minor tech tip that you may or may not use or know that I love is, I totally abuse the chrome personas feature.

MF: So, I have a persona for each project or client when I was doing client work, so that you can easily have like I have, my 400 tabs just about this one project but nothing to do with the other set of 400 tabs on a completely different project.

DH: Yeah, and that’s a great way of looking at it so this way, you’re like “okay I’m going to work on this one project”, but still the same theoretical sort of construct of you’re focusing on that one thing by having the personas, you’re closing down other things and you’re completely shifting into a mindset of only that thing. And we need to start getting to it, we need to start figuring out a way to use these guidelines for better throughput because we all know that nowadays we’re spending more time at work. Where we used to spend 30 minutes getting to work, walking subways, trains, driving 30 minutes home or even an hour for some people, we’re actually using that time to work and it can be very normal to feel like at the end of the day you still haven’t gotten anything done because you’ve spent all day just answering emails and phone calls and all of these sort of one minute/five minute things coming and going. Another approach to it is actually getting something done on the meetings, so this is something that actually Erik had taught me a long time ago when I started at UV. I came from the agency world where it was very common to get five people in a meeting, you talk about what you’re going to do and then 45 minutes later or an hour later after talking about next steps and what everyone’s going to do, everybody goes into their offices and then does stuff for a few days, and then you come back together and you talk about what you did and then maybe there’s more stuff.

MF: It’s painful for me just hearing that.

DH: Exactly. And what he actually taught me to do was “Stop talking about the stuff. Just do it right there if you have all five people in one room for an hour, you can actually get a lot of what you wanted to do later on done right there”. So now it’s very typical in in my role of building solutions and figuring out features that I’ll get on the phone with our tech leads or our UX people and instead of just giving them concepts, no!, we’ll pull up a UX document and we’ll actually sketch out all of the features, all of the ideas, we’ll type it up on a google doc and in an hour we’ll have almost a project plan that they can then take and do the wireframes, do the technical estimate, but instead of just saying “okay now I’m going to go back to my desk and I’m going to write all this stuff up”…Why? You’re talking about it already. Write it up right there, do it all together and we’ve seen especially in our role, who needs to react to RFPs and pitches fairly quickly, because that’s part of “The UV mantra”,  is that we we don’t go into a black hole and take three weeks to come back with an approach. We like to get things done, we believe in speed to market. We believe in this stuff so we need to live that. So what we do is find ways of getting things done faster and it’s usually: screen share, everybody does their part, everybody says their thing, some person is moving boxes around, and at the end, half of it’s already done. Now we just need to move into the making everything look nice and typing it up and making it look better.

MF: I like Erik’s approach more than the endless meeting approach. My personal approach is I kind of hate these meetings as well, so I just write up documents for everything and then when I have to do a meeting I usually write a document beforehand with everything. But that’s just me. Let’s wrap up, we actually went over the time, but this is how super interesting and exciting it was. And I’m sure everyone’s going to watch it to the end because it’s so engaging. Perhaps a way to start encouraging people to adopt the great idea of Time Boxing, is for everyone to watch this podcast

DH: That’s right! Set yourself 30 minutes for the podcast.

MF: Yeah. And even just hearing people talk about it and think through these ideas these ideas… like,  you had never heard of time boxing until someone told you about it. So everyone has to start somewhere. Okay, this is great! So everyone, thank you for watching the latest edition of the UV podcast. Until next time. 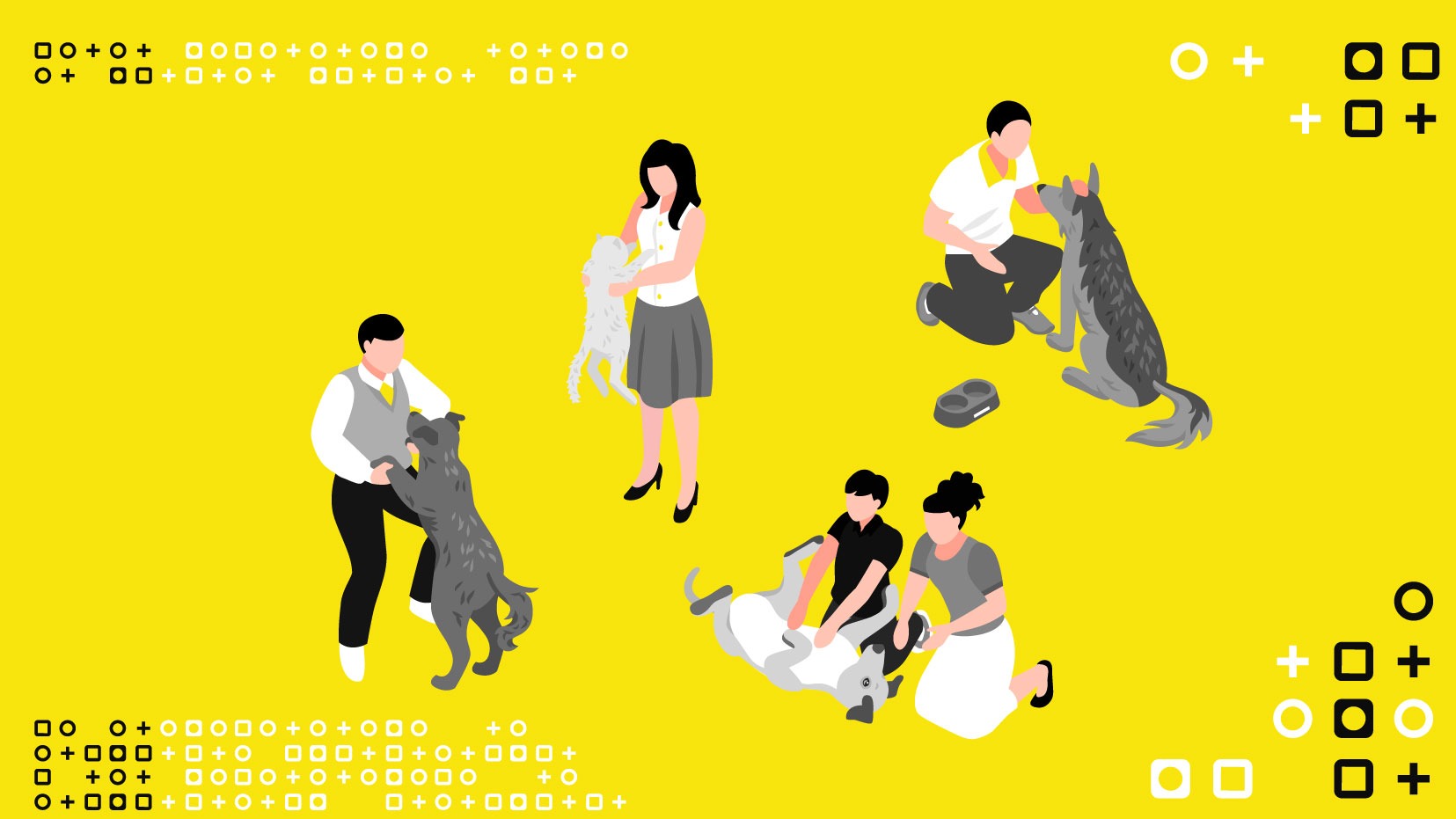 ArganoUV's wordsmith-in-chief Morgan Friedman, as well as CMO, sits down with Ruben Cervantes (or El Ru...