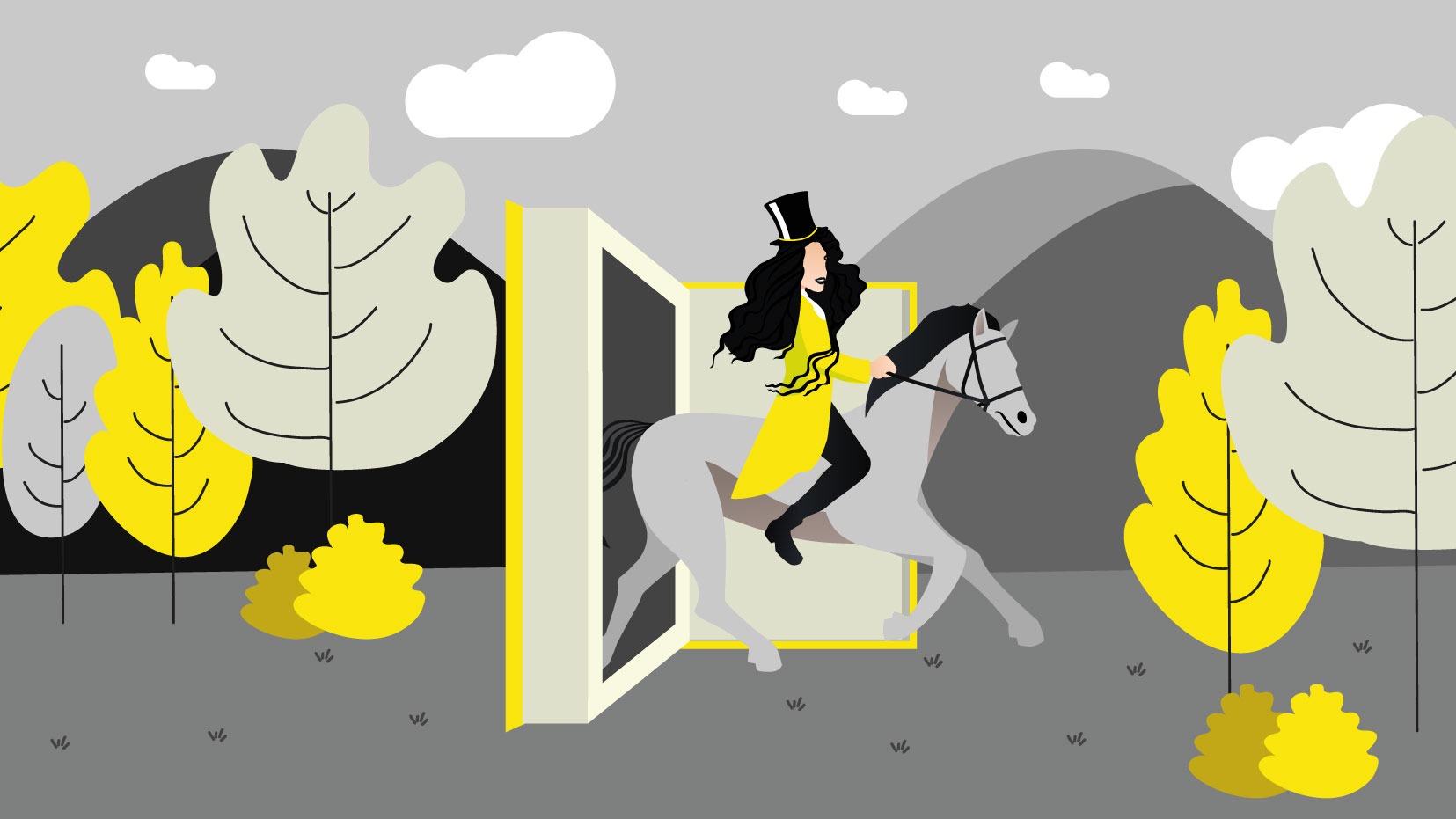 Let’s take a hypothetical, almost magical, story. Imagine that the world’s most elite chocolatier — which in our imagination has a wonderland feeling, like Gene Wilder’s enchanting laboratory in Charlie and the Chocolate Factory, but in the heart of cute Belgium, where smiling chocolate lovers spend their days and nights crafting the most exquisite chocolate you can imagine, selling endless amounts to the pickiest chocolate lovers in every corner of the world, and have been for almost 200 years — and possibly in need of a reboot of their website. Purely fictional, of course.

And this imaginary chocolatier has really particular demands. Their website must be as perfectly smooth as their chocolate. As flawless as their packaging. It must leave the visitor with the feeling of happy satisfaction, as deep as that which the person who just finishes eating one of their juicy chocolate morsels feels.

They also have some very specific requirements, as well. After all, this theoretical company is a billion-dollar company! Their site must be fast. International. It must build on the older and outdated version of the platform they had used (called “Site Genesis”), updating it to the latest version (called “SFRA”). And there is a whole list of platforms and partners they must integrate with — centuries worth of partners, they have! — like Clutch for gift cards.

Being so perfectionist, these magical chocolatiers insist on the most idiosyncratic requirements. One of them is a new and unique idea they have: the visitor must be able to order chocolate for any date, even years in advance, so that the ecommerce component must include a calendar and the back-end fulfilment must integrate with that schedule. Such technology doesn’t exist or if someone has done it before, they hid the code away in their basement. Such a challenge would need to be thought through and built from the bottom-up.

And this mythical chocolatier has an endless list of requests that only the most perfectionist chocolatier in the universe, fictional and real universes, could even dream up — exactly the sort of perfection you demand your perfect chocolate be made with. In this fictional chocolate-covered universe, it’s simple to set up ecommerce systems so that all products purchased together are sent to the same address. But the world’s most perfectionist chocolatier insists that perhaps you may want to do one purchase and send one box of their mouth-watering chocolate to your aunt in Atlantis and another to your cousin in Grand Fenwick, and purchase them together. And thus they demand nothing less than the substantially more complex work of being able to send each product within a purchase to a different address.

They also have some specific roles already filled. Perhaps they would say, “We have our design and UI team already in place” — possibly even European artists who have been doing their art for almost two centuries! — “so you don’t need to craft the user experience. You just need to make it work perfectly. Per-fect-ly.”

But then, the kicker appears: this massive project, that no matter how big the budget is, just needs time to make complex decisions and unwind complex knots… and that usually takes 6-12 months. But for this hypothetical chocolatier, they tell us, in their strong French accent (well, the Belgian-variation of the accent), “You must have it live in four months, well before Christmas season.” (This hypothetical chocolatier still calls the season “the Christmas season” with the cute Belgian accent, not yet having adopted the American inclusive “holiday season” way of viewing the world, in this fictional story.)

“Four months” — a timeline for a project of such a scope that would make the weak-willed fall out of their seats. It’s a timeline so fast, it borders on magical, just like Charlie and the Chocolate factory. What happens? How does this fictional story end? Can anyone do it?

Well, ladies and gents, here is the best part — and you saw it coming: this novella is based very closely on a true story. Take away the literary embellishments, all quotes and probably even the cute accents — and definitely take away all the magical elves — and this is essentially what happened when Godiva needed a new website. And United Virtualities came to the rescue.

More prosaically: Godiva needed a substantial reboot of their website, including unique functionality like allowing buyers to schedule their purchases, and a host of integrations. And United Virtualities had to do it from July 7th to October 31st, with no flexibility. And we did! 🎉

“I’m proud of our reboot of Godiva’s ecommerce site, upgrading their older Salesforce Commerce Cloud, known as Site Genesis, to the latest version of SFCC, known as SFRA” Oscar Gonzalez, United Virtualities’ Partner & Managing Director, Commerce and Enterprise Solutions, said. “What’s most notable about this project is the intense speed with which we did it. Start to finish, under four months, for a project of real complexity.” 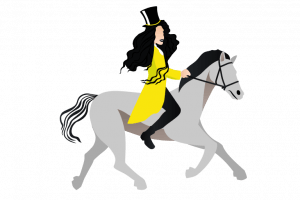 Helping make the magic happen at United Virtualities is the entire SF Commerce Cloud team, including Jo Ralston (Program Manager), Javier Cervantes (Solution Architect), Nadia Garcia (QA Lead) and Carlos Muñoz (Tech Lead)… and of course the ten other terrific developers and others at the front-line of the work that made the magic happen.

“One of the aspects that made me appreciate the project and the client,” said Randy Delfin, one of software developers who worked on the project, “is how — as we followed our usual process of constantly showing the client each little advance we made, to get constant feedback and ensure they were aligned with all of our decisions — every time, they would just say ‘good job, guys!’ Our visions were aligned not only at the high-level, but at the low-levels as well, and this was constantly reinforced. And that made the process very smooth.”

Want to learn more about United Virtualities’ Salesforce Commerce Cloud work, or our work with Godiva? Just reach out and say “hi!” to us.

PS: UV is one of the world’s leading Salesforce Commerce Cloud tech teams. Contact us to see how we can work together. 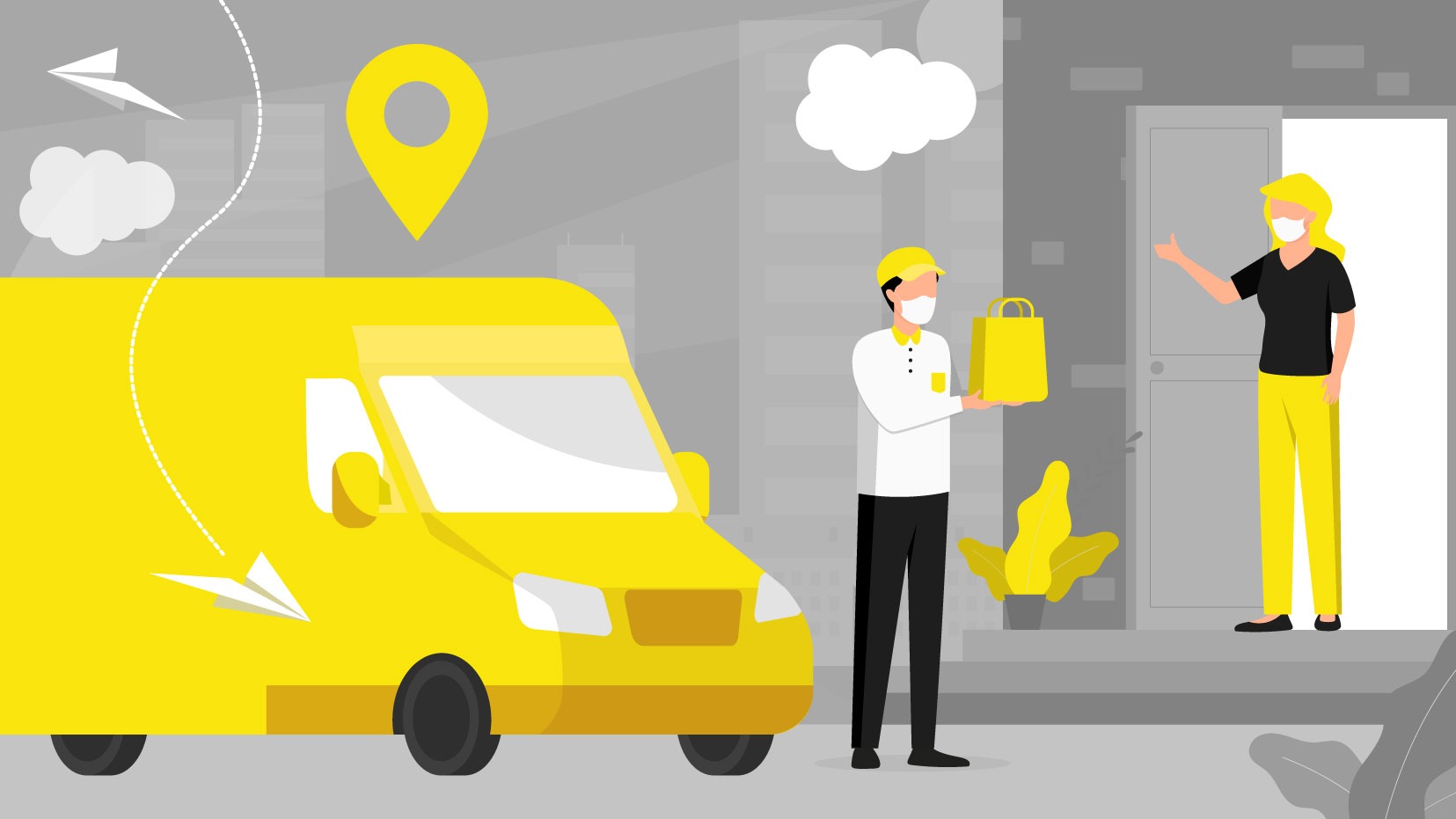 Lasting Shifts in Order Management that SFCC is Built For 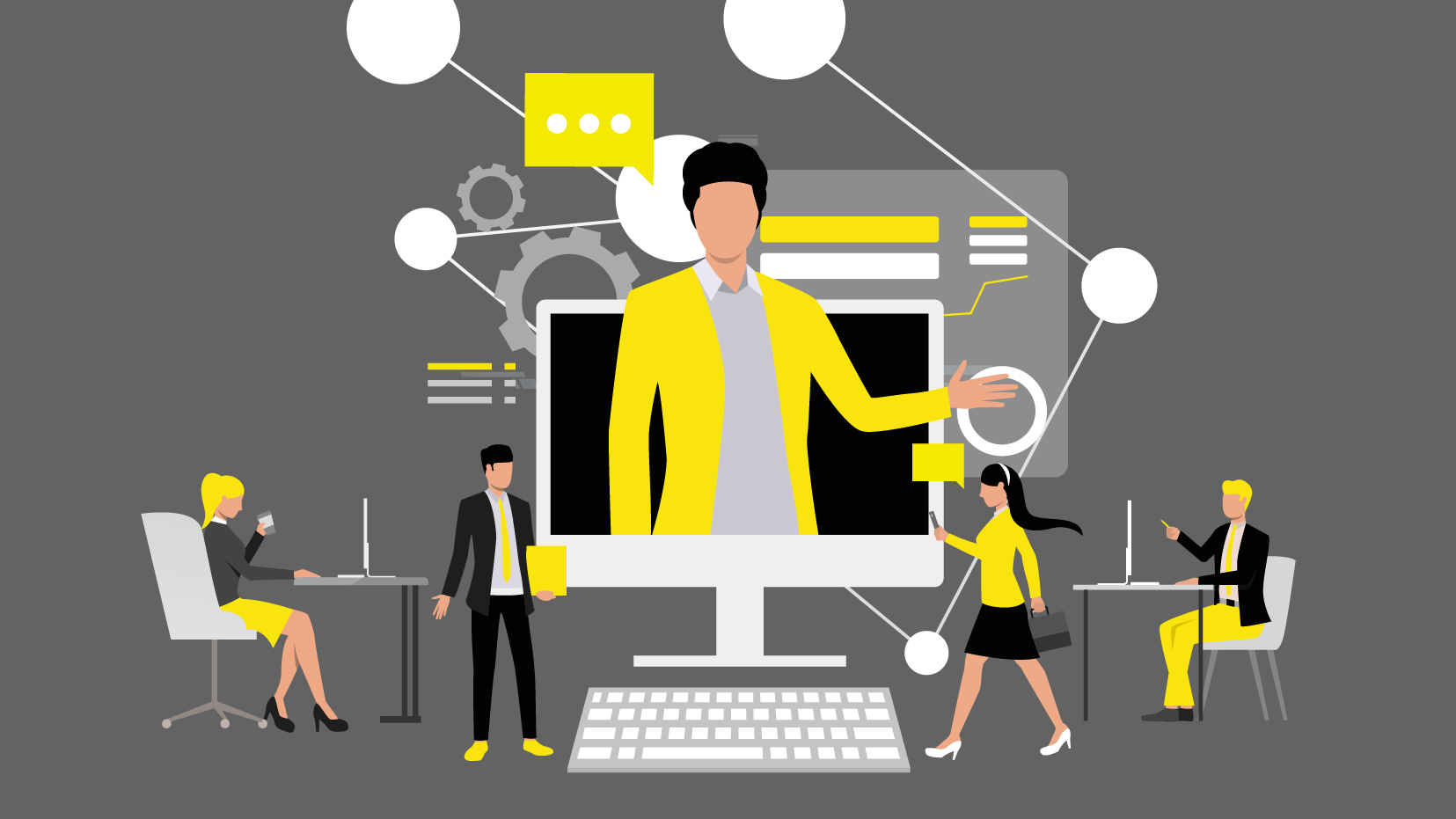 Besides the core Salesforce Commerce Cloud work are key meta tasks vital for every SF Commerce... 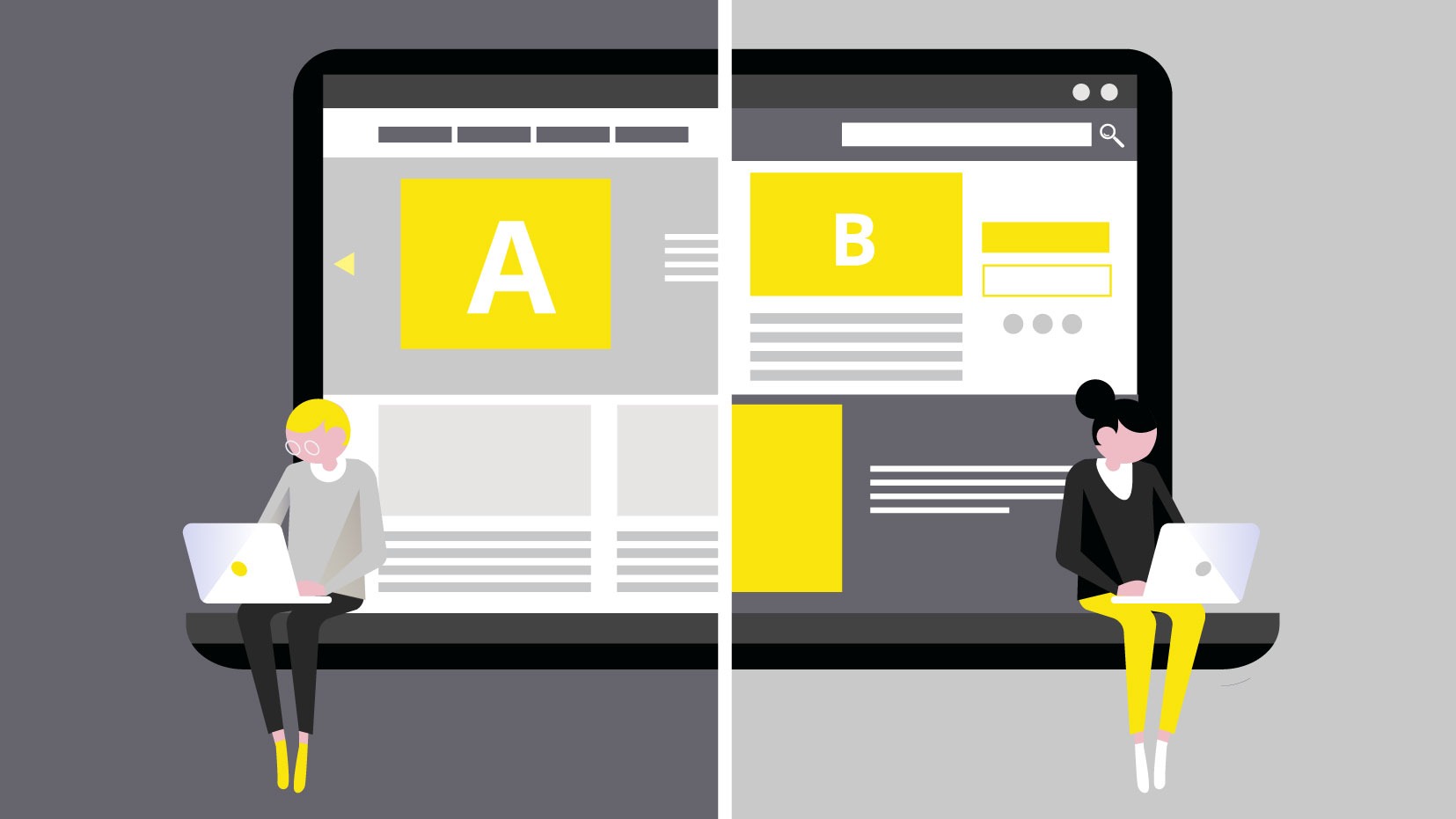 Two people are shopping online at the same time in the same store… but viewing two...

Following the digital transformation of e.l.f. via Salesforce Commerce Cloud, they’ve managed to thrive during the lockdown. [...]

Four Festive Forecasts for the Finale of 2020

Looking into a crystal ball, what can we expect from ecommerce retailers and brands during the holiday season? ...

What is the Cost of Adobe Experience Manager?

What is the cost of running Adobe Experience Manager? [...]