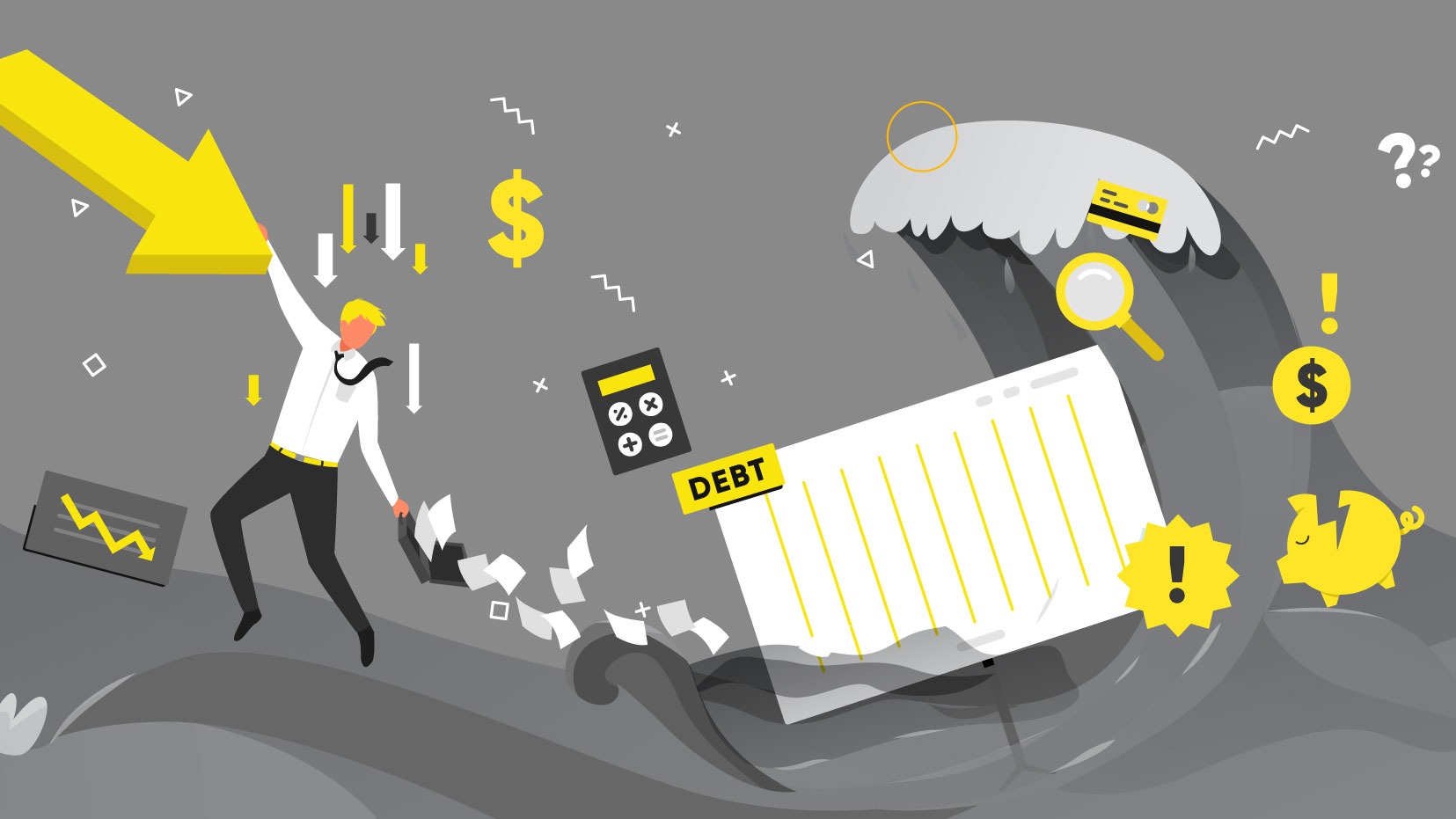 When the motion of the waves are erratic and choppy, that is the precise moment when ships are most at danger of being submerged by external forces.

We are living among such ruffled and tempestuous waves, and retailers around the world have been doing all they can to keep their heads above water. And despite – in such chaotic times – having seen some surprise retail winners during the pandemic, the general trend has been… well, pretty dire. The climate has been a continuous forecast for storms.

In such an economic climate, we’re seeing an eye-watering number of retailers who have filed for bankruptcy – some due to issues pre-pandemic but the majority entering into bankruptcy as a result of the pandemic. Many have already closed stores, shuttered shops, and laid off many thousands of workers.

Many among the list are household names, and some have been using best-in-class ecommerce solutions to equip their online strategy – platforms like Salesforce Commerce Cloud – yet even utilizing the top technology has not been enough to sustain themselves.

Here is the list of the 22 and counting retailers that have declared bankruptcy leading into or during the pandemic.

Founded in the city streets of New York City in the ‘70s, the gourmet food retailer filed for bankruptcy back in March on the final day of the month, a harbinger of things to come.

The jean-focused clothing brand filed for bankruptcy on April 13, whose fall from fame came after trending strongly in the 2000s.

Halloween may never be the same for many ghoulish and frightful souls after the world’s largest manufacturer and supplier of costumes, Rubie’s, which went into bankruptcy on April 30.

The owner of multiple apparel and home goods brands – such as Stage Parent, Palais Royal, Goody’s, and Bealls – Stage Stores has been operating in 800 locations, yet fell into bankruptcy on May 10.

The specialty retailer known for its celebrity clientele, J.Crew was founded in the mid-40s and has come a long way since then, before filing for bankruptcy on May 4.

The custom-made men’s clothing company straight outta Dallas has only been styling chaps for just over 10 years, yet it filed for bankruptcy in the early days of May.

The chain of luxury department stores of Neiman Marcus dates back 113 years, but it’s century-old business practice is under threat after filing for bankruptcy on May 7.

One of many Texas-based brands on this list, JCPenney is also another centenarian on the list. In fact, it was one of the very first department stores in the country. Its financial troubles predated the pandemic yet it pushed it over the edge, and on May 15 it filed for bankruptcy.

The 58-year-old retailer filed for bankruptcy back in February yet failed to find a buyer for the famed furniture and decor retailer due to the impacts of the pandemic. Its 900 stores are set to leave a ghostly reminder of the impact the pandemic has had on the economy.

The apparel brand based out of Canada was founded in the early ‘70s and eventually expanded into the US. Its reputation earned it the right to clothe the Canadian Olympic teams. However, in May it filed for bankruptcy and is set to close its US operations.

The Pittsburgh-based retailer dealing in health and nutrition products operates in more than 5,000 locations across the world, with the majority in the US. In May it filed for bankruptcy and planned to close at least 800 stores.

A child of the early ‘90s, Lucky Brand hasn’t had much rub of the green lately. The apparel retailer that focuses on denim filed for bankruptcy on July 3.

The suit and tie kinda guys, Brooks Brothers has been suiting men up for more than two centuries. Yes, two. It opened its doors in 1818! In fact, it’s the oldest retail brand in the entire country. However, the economic damage suffered due to the pandemic resulted in its bankruptcy on July 8, and is set to close 51 stores.

The French-infused cookware retailer Sur La Table filed on July 8. The Seattle-based company, and is set to close 56 of its 125 stores.

The retailer based in Japan sells household goods with a minimalist style in more than 500 locations outside of Japan, including 18 in the US. Yet in July it filed for bankruptcy due to major problems stemming from the pandemic.

Yet another centenarian that has filed for bankruptcy, New York & Company currently has just over 500 stores that sell women’s clothing. In early July it declared insolvency with the fate of its entire company unknown.

Another women’s retailer under dark clouds of uncertainty, the Ascena Retail Group filed at the end of July, and has already stated that they will close a large portion of its Justice brand stores.

We’ve already listed Brooks Brothers here – the oldest retail brand in the country. Well, Lord & Taylor is the country’s oldest department store, opening its doors in 1826. Unfortunately it filed for bankruptcy at the beginning of August, and at the end of the month announced that it would be liquidated.

Centuries of commerce has been swallowed up in a matter of months.

This retailer holds a number of brands including Men’s Wearhouse, and currently operates in more than 1,400 locations in the US and Canada. Citing the pandemic’s unprecedented impact, Tailored Brands went bankrupt in the beginning of August, and that it would close around 500 of its stores.

Set up in 1908, the discount apparel retailer filed for bankruptcy in August and announced that it planned to close all of its 279 stores, which are located mostly in Texas, California, and the Southeast.

Another discount retailer that filed for bankruptcy in September, Century 21 operates 12 locations in the northeast, and plans to close all of its stores. 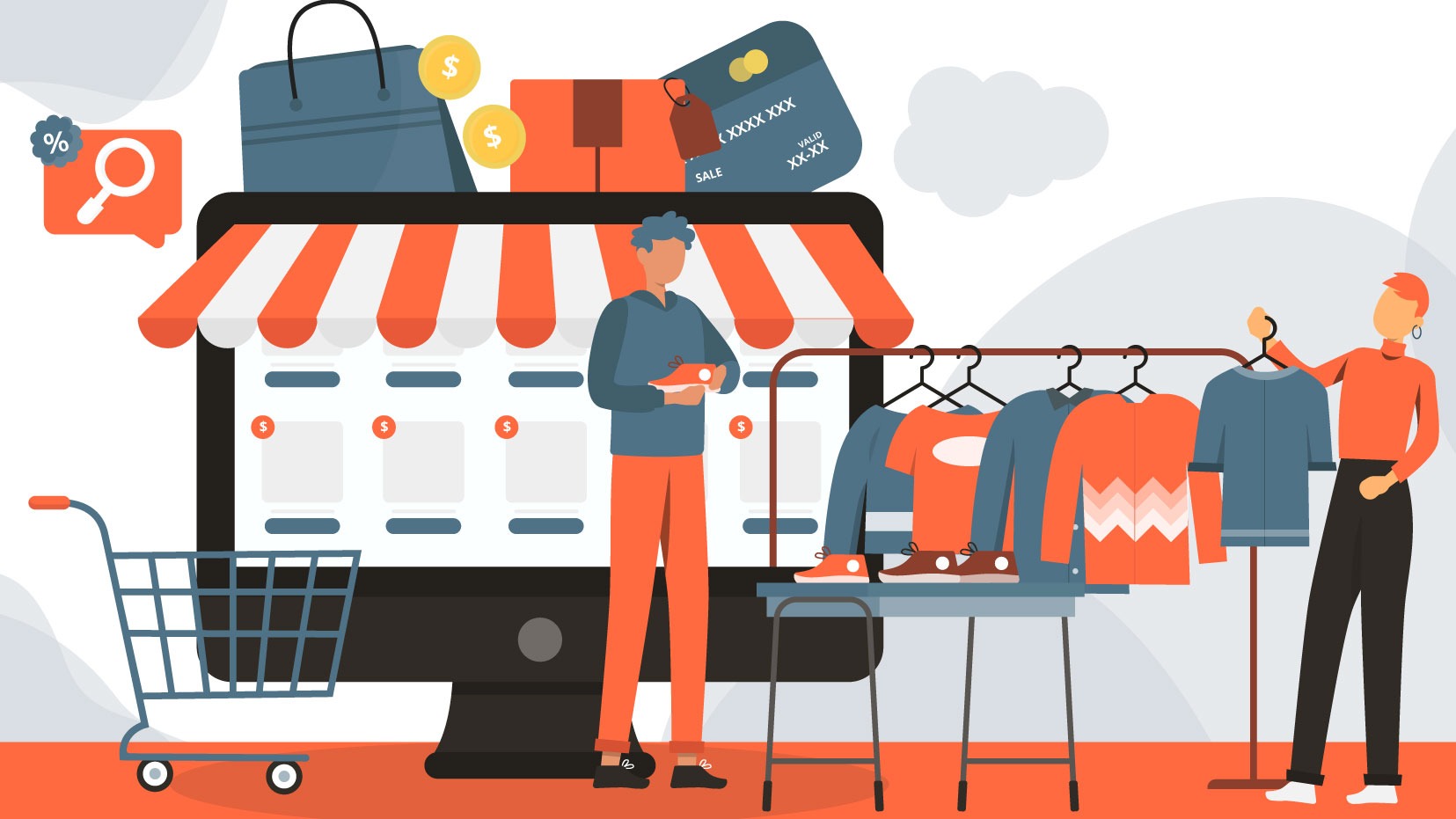 How Fila is breathing new life into its ecommerce with Salesforce Commerce Cloud. 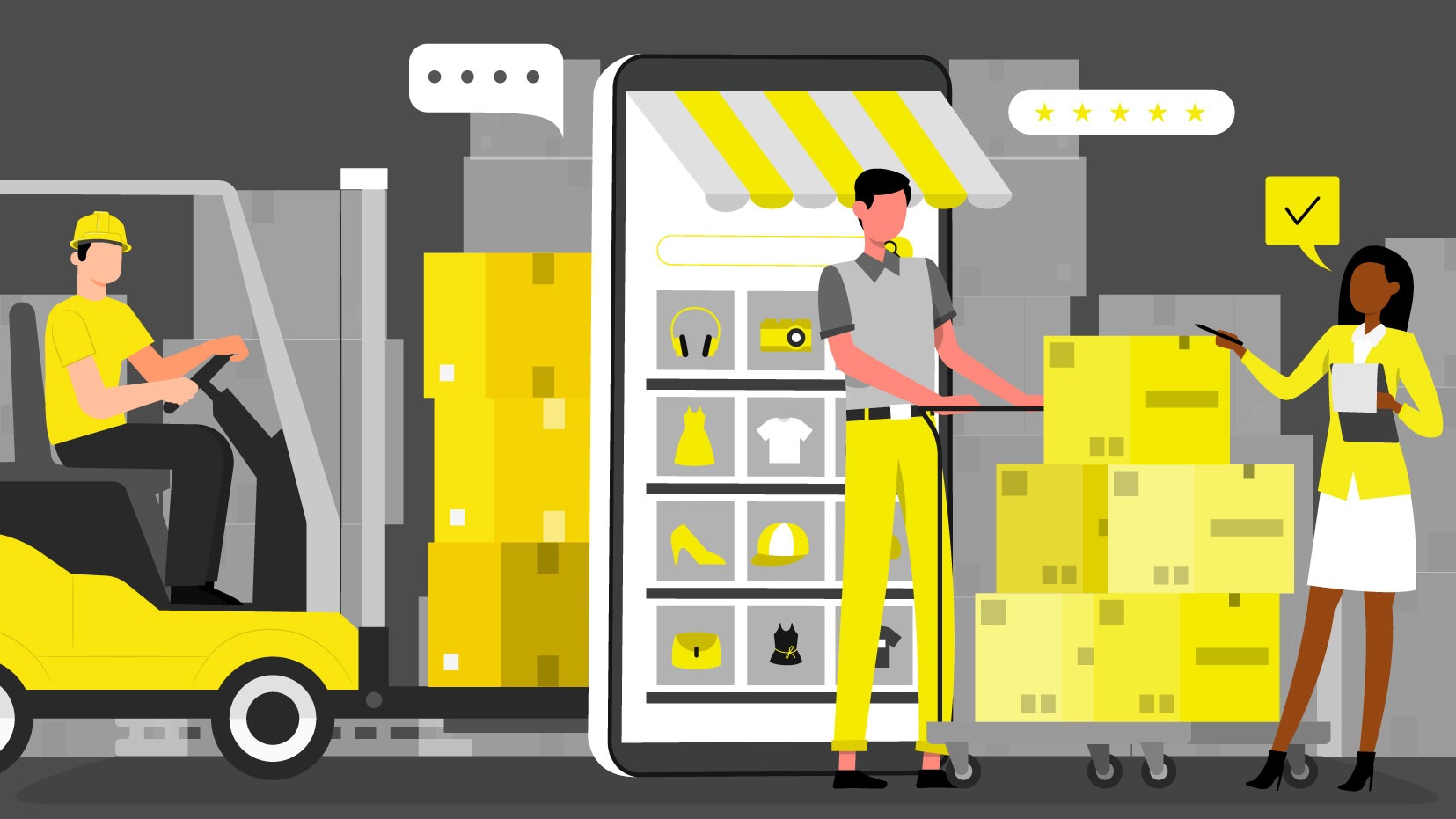 What are the Qualities of a Great Order Management System?

What are the qualities of a first-class order management system? Let’s take a look. 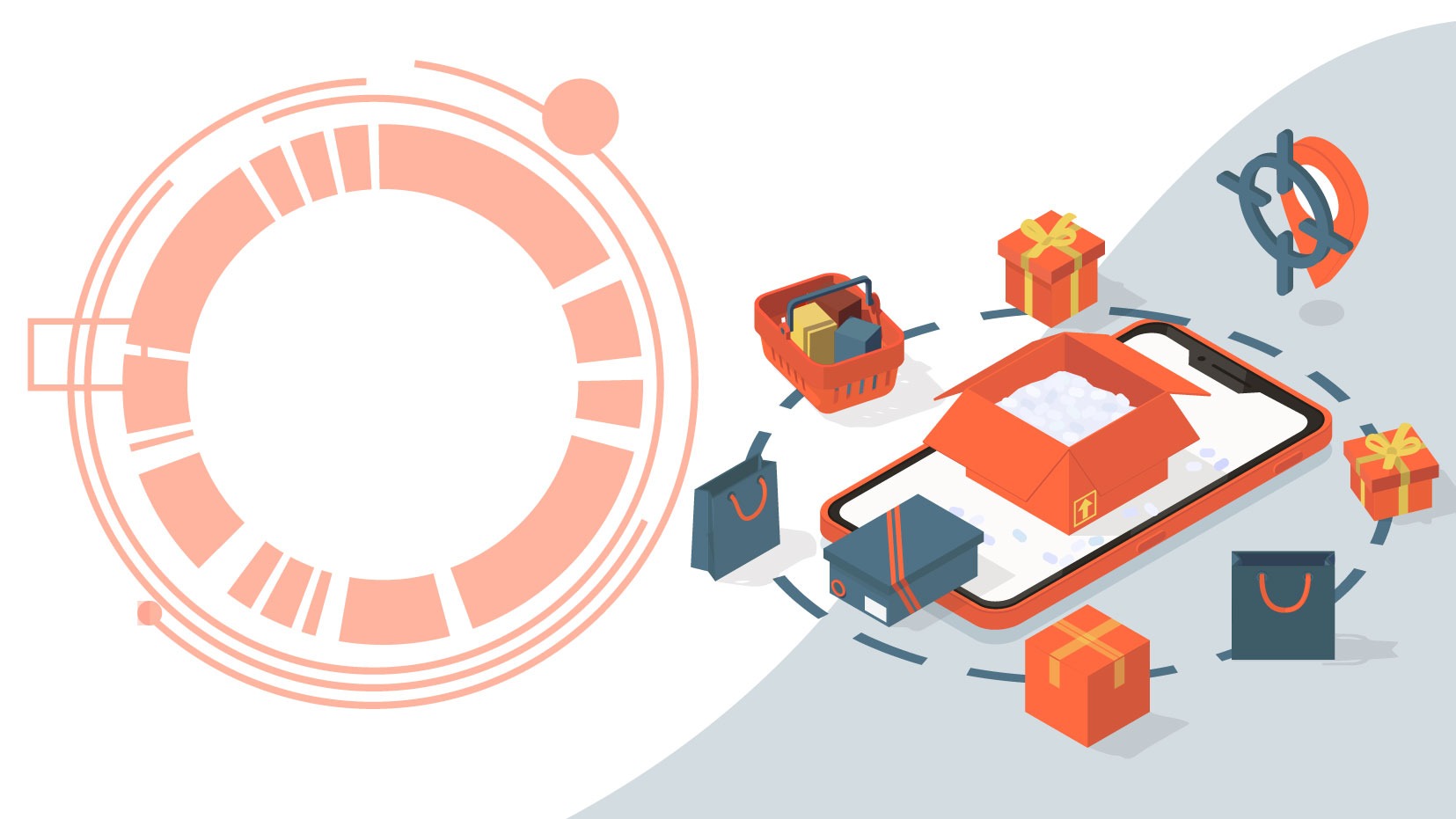 This week’s ecommerce round up focuses on marketplace value, cart abandonment rates, and TikTok potential, plus...